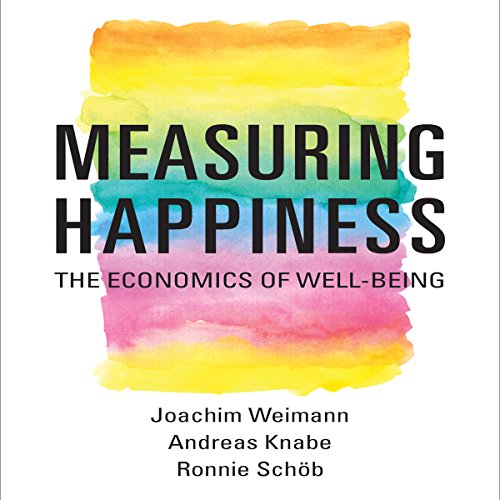 Can money buy happiness? Is income a reliable measure for life satisfaction? In the West after World War II, happiness seemed inextricably connected to prosperity. Beginning in the 1960s, however, other values began to gain ground: peace, political participation, civil rights, environmentalism. "Happiness economics" - a somewhat incongruous-sounding branch of what has been called "the dismal science" - has taken up the puzzle of what makes people happy, conducting elaborate surveys in which people are asked to quantify their satisfaction with "life in general". In this book three economists explore the happiness-prosperity connection, investigating how economists measure life satisfaction and well-being.

The authors examine the evolution of happiness research, considering the famous "Easterlin Paradox", which found that people's average life satisfaction didn't seem to depend on their income. But they question whether happiness research can measure what needs to be measured. They argue that we should not assess people's well-being on a "happiness scale" because that necessarily obscures true social progress. Instead, rising income should be understood as increasing opportunities and alleviating scarcity. Economic growth helps societies to sustain freedom and to finance social welfare programs. In this respect, high income may not buy happiness with life in general, but it gives individuals the opportunity to be healthier, better educated, better clothed, and better fed, to live longer and to live well.

What listeners say about Measuring Happiness