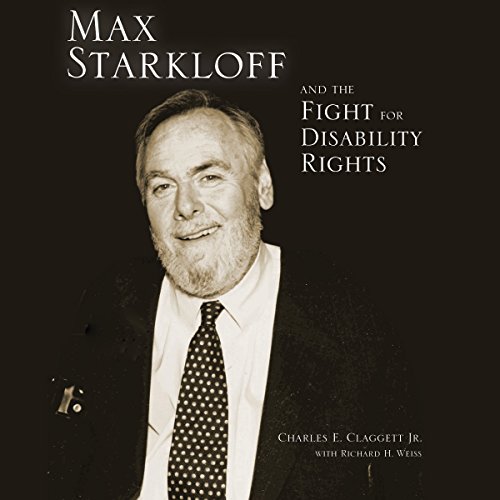 Max Starkloff and the Fight for Disability Rights

In 1959, at the age of 21, Max Starkloff was in a car accident that left him paralyzed from the neck down. His doctors doubted he would live longer than a few days, and, if he survived, the hope for his quality of life would be minimal. How did this young man with barely a high school education become the leader of a powerful disability rights movement and the founder of the Starkloff Disability Institute? This is his remarkable story.

Max Starkloff and the Fight for Disability Rights takes listeners on an extraordinary odyssey of hope and resilience, from Starkloff's 12 years in a nursing home to his successful family life and career as a nationally prominent human rights leader. At the time of Starkloff's accident, millions of Americans like him were confined to institutions with no hope of ever living life independently as respected members of society. But Starkloff and other disability rights leaders formed what became known as the Independent Living Movement, enabling thousands of disabled people to move out of nursing homes by encouraging local governments to remove physical barriers, make public transportation and housing accessible, and pass laws preventing job discrimination. Using firsthand accounts and interviews with Starkloff and those who knew him best, Charles E. Claggett Jr. powerfully retells how Starkloff became an influential advocate for people with disabilities and how today, his legacy continues to better the lives of disabled individuals throughout the country.