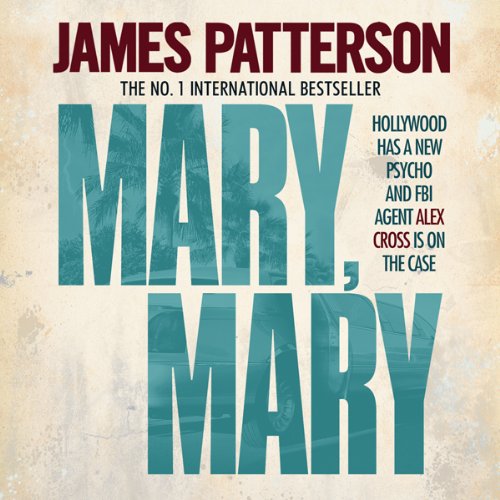 By: James Patterson
Narrated by: Garrick Hagon
Try for $0.00

Somebody is intent on murdering Hollywood's A-list. A well-known actress has been shot outside her Beverly Hills home. Shortly afterwards, the Los Angeles Times receives an email describing the murder in vivid detail. It is signed Mary Smith. More killings and emails follow - the victims are all major Hollywood players. Is it the work of an obsessed fan or a spurned actor, or is it part of something far more terrifying?

As the case grows to blockbuster proportions, Washington, DC, FBI agent Alex Cross and the LAPD scramble to find a pattern before Mary can send another chilling update.

What listeners say about Mary, Mary

love James Patterson his writing is amazing. I can get lost in his writing can't wait to listen to his next one

yet again a great story, I wasn't sure at first about the narrator but I needn't have worried.

I couldn’t continue listening to this audiobook, I love the Alex Cross books but this narrator is terrible.