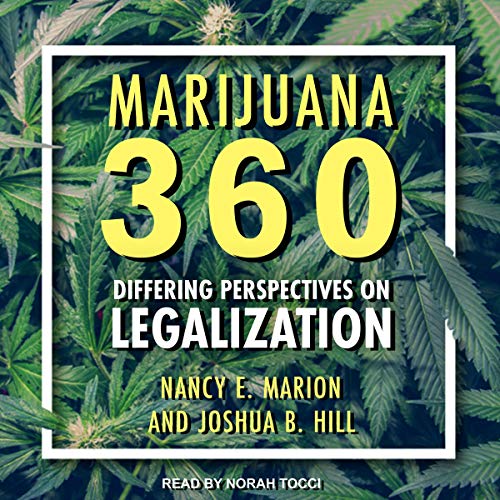 In 1996, California became the first state to legalize medical marijuana. Since then, 30 states and the District of Columbia have passed laws legalizing marijuana in some form. Nine of those states, including Alaska, Oregon, Colorado, and Washington, have legalized marijuana for recreational use. Many states, including Arizona and Ohio, are considering legislation to allow for legalized cannabis use.

Marijuana 360: Differing Perspectives on Legalization examines the perception of marijuana legalization from the perspective of those who are directly involved in some aspect of legal marijuana. Nancy E. Marion and Joshua B. Hill interweave the interviews from a variety of representatives from different integral groups that have been affected by marijuana legalization, in both states that have legalized or are considering the legalization of marijuana, to get their impressions of the impact the law has made (or will make) in their area. These groups include medical professionals, educators, parents, lawmakers, drug users, and others.

There is more public support for reform than ever before, but still much debate over the issues of legalizing marijuana. Marijuana 360 increases our understanding of what different professionals think about the legalization of marijuana.

What listeners say about Marijuana 360