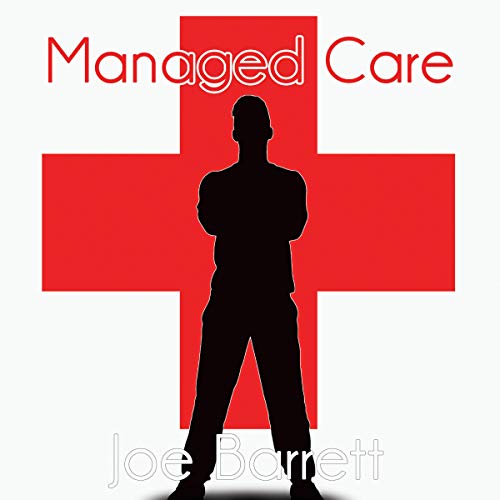 By: Joe Barrett
Narrated by: Keith Barbaria
Try for $0.00

Is it too much to ask that a managed care facility refund a year’s advance payment when your grandfather dies before he can move in?

Frank Johnson doesn’t think so, which is why the 33-year-old now lives in a nursing home, locked in a chess-match feud with management that doesn’t occupy nearly enough of his time. When foster kid Elroy is thrust into his life, Frank decides to turn this forced relationship to his advantage - launching a string of absurd decisions, inappropriate behaviors, and unexpected glimpses of tenderness that ultimately turn a New Jersey suburb upside down.

A laugh-out-loud celebration of bad choices for good causes, Managed Care is an offbeat story about three misfits on the social fringes of suburbia and their ridiculous campaign to introduce an unfiltered version of intimacy to their stale, impersonal community. Because, according to Frank, it’s probably what Jesus would have wanted.

What listeners say about Managed Care

Laugh out loud twisted tale of family where you find them!

This story is outrageously funny and sarcastic, crass, and heartwarming. A great listen and well worth the time, money/credit.

I loved this book and Audio! The narrator was extremely good! There were so many laugh out loud areas and so many heart wrenching parts that could bring tears to my eyes! In all it was a well rounded tale that will be hard to forget! I hope Joe Barrett has written other books that are just as interesting! I loved it so much it was very hard to put down just to get some sleep! Thanks for a very good read!! An Amazon reader(Barbara)

A stretch all the way, but worth it!

This was great. It isn't a piece of literary genius and it won't exactly keep you guessing, but, it was very entertaining. Again - maybe not "uproariously funny" or anything, but, definitely a couple of laugh out loud moments. This was a fun, lighthearted adventure with loveable characters. You'll fall in love with Elroy - the foster kid who's down on his luck pretty much all the time. And while the very premise of the book is hard to believe, you'll find yourself believing it - and the storylines it leads to - just for the fun of it. Put down your mind-bending, allegorical, take-yourself-too-seriously books for now and get back to what makes reading fun. Just for a few days. It won't take much longer than that to get through this one. Enjoy!

Easy to listen to while doing housework. Humourous. Good performance by the narrator. Would recommend, as long as not too easily offended.