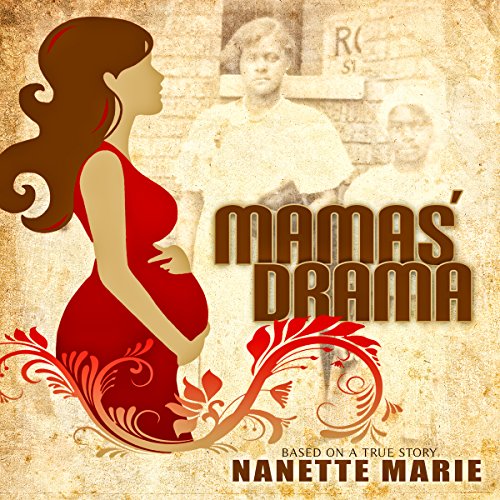 Inspired by a true story, Mamas' Drama takes place from 1929 to 2004. It shares four generations' experiences as they move through the "mama's baby, daddy's maybe" condition (when the identity of the father is questionable).

This story begins in Harriman, Tennessee, when Josephine Stewart is an innocent eight-year-old. Josephine cherishes her daddy, Thomas Sr. Her mama, Millie, reveals to her that Thomas is not her biological father, as she was born from Millie's extramarital affair with the mayor of the small town. This turns Josephine's world upside down.

The Stewart family is forced to migrate to Columbus, Ohio, in 1934. Josephine later marries an older man - George Price - who is the love of her life. Their marriage soon becomes challenged by extramarital relationships. Nine children are born to the Price family, including those who result from Josephine's indiscretions. Josephine decides to keep the fathers' identities a secret.

Daughter Suzette, who feels she is a product of her mother's indiscretions, seeks to find the truth about her biological father. Suzette's siblings taunt her, and both family and outsiders tell her she is not George's child. Suzette becomes driven to break the generational "mama's baby, daddy's maybe" curse and marries and gives birth to a son, Devon. Devon becomes a single dad while in college.

The death of a family member and a friend's murder capture your emotions while listening to this intriguing novel. Mamas' Drama is a universal story and is realistic historical fiction at its best! Compelling and inspiring, it weaves the actions and consequences of guilt and shame. Emotions become unbridled as this poignant yet sometimes humorous book cries out stories most people only whisper. Healing, forgiveness, love, and redemption lie within for those directly and indirectly affected by this game called life. Secrets or lies? You decide!

What listeners say about Mamas' Drama

“Mamas’ Drama” is an engaging, universal story that people of any ethnic group can relate to.

Family Story Across Generations Told in the Oral Tradition

Like the Godfather movie series, this is the story of a family and their secrets across generations. You can see the charters grow up and the impact of early childhood memories relating to their heritage. It’s as real and crazy as any family whose members hit all the archetypal personality categories. From warm and funny to sad and angry, the story moves through all the phases of life. It’s told as if from one friend to another in the story form of the oral tradition. It’s perfect for audible with its many voices and sounds; in some ways like the old radio shows.

I really enjoyed listening to this great book!

Mama’s Drama is a great book to listen to. I enjoyed it as much as the book and the play!