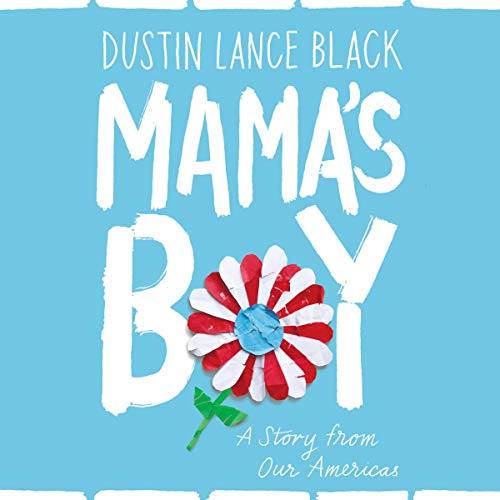 This heartfelt, deeply personal memoir explores how one a celebrated filmmaker and activist and his conservative Mormon mother built bridges across today’s great divides - and how our stories hold the power to heal.

Dustin Lance Black wrote the Oscar-winning screenplay for Milk and helped overturn California’s anti-gay marriage Proposition 8, but as an LGBTQ activist he has unlikely origins - a conservative Mormon household outside San Antonio, Texas. His mother, Anne, was raised in rural Louisiana and contracted polio when she was two years old. She endured brutal surgeries, as well as braces and crutches for life, and was told that she would never have children or a family. Willfully defying expectations, she found salvation in an unlikely faith, raised three rough-and-rowdy boys, and escaped the abuse and violence of two questionably devised Mormon marriages before finding love and an improbable career in the US civil service.

By the time Lance came out to his mother at age 21, he was a blue-state young man studying the arts instead of going on his Mormon mission. She derided his sexuality as a sinful choice and was terrified for his future. It may seem like theirs was a house destined to be divided, and at times it was. This story shines light on what it took to remain a family despite such division - a journey that stretched from the steps of the US Supreme Court to the woodsheds of East Texas. In the end, the rifts that have split a nation couldn’t end this relationship that defined and inspired their remarkable lives.

Mama’s Boy is their story. It’s a story of the noble quest for a plane higher than politics - a story of family, foundations, turmoil, tragedy, elation, and love. It is a story needed now more than ever.

“Mama’s Boy is a beautifully written, utterly compelling account of growing up poor and gay with a thrice married, physically disabled, deeply religious Mormon mother, and the imprint this irrepressible woman made on the character of Dustin Lance Black. Their extraordinary bond left me exhilarated - it actually gave me hope for the future of the republic, which is no mean feat, given the dark mood of our current moment.” (Jon Krakauer, author of Missoula and Under the Banner of Heaven)

“A fast read with witty observations, and all the emotions to go along.... [A] testament to the powerful impact a good parent has on children.... Black and Mama’s Boy show just how far the unlikeliest of children can go with pure, unabashed grit.” (San Francisco Chronicle)

“A fascinating and poignant combination of memoir and family history.... Both personal and universal.... The most emotional moments come as Black finds himself in personal encounters with those who might be considered obviously antagonistic to his world, including leaders of The Church of Jesus Christ of Latter-day Saints and more conservative members of his own family.... Finding common ground is indeed the powerful throughline in Mama’s Boy.” (Salt Lake City Weekly)

What listeners say about Mama's Boy

Beautiful story, made even more so by the authentic emotional narration by the author. Thank you Mr. Black for sharing your mom with the rest of the world!!

This book was emotional and brilliant. I love hearing the story through Lance's voice, it really brought the story to life.

Consider reading instead of listening to this book

I wonder if I would have enjoyed this story more if I had read his words instead of listening to the audio version. I actually feel guilty writing this because of his obvious sincerity, but it felt uncomfortably overwrought. (Perhaps I am more emotionally repressed than I realized because the vast majority of the other reviews so far have really appreciated his tremulous narration.) But perhaps it goes beyond the melodramatic tone. The writing itself often felt like I was listening to fiction.

I suppose it is a matter of style and personal taste but I like my non-fiction to have a more authentic feel than this provided. It felt embellished to an annoying degree. I don't doubt the facts necessarily, but I found myself involuntarily rolling my eyes many times at the wording or style of his storytelling. It kind of reminded me of the Nancy Drew stories I read as a youngster: "Her titian hair glowing in the luminous rays of the sun . . . "

But the bottom line is that this is his story to tell in his own way, and he accomplishes that completely. No doubt about that.

As an older gay former Mormon this book had me in tears.

The message of reconnecting with family even if there are profound differences really hit home. I am inspired to do more to connect with biological family that is quite different from me. I still hold and cherish my Logical Family (See Armistead Maupin).

While this book is certainly a love letter to the author’s mother; there is so much more here. It chronicles and personalizes pivotal moments in the fight for marriage equality. By far the most important journey this book takes you on is the one traveled by those of us raised Mormon (or any other conservative Christian religion). We grew up with the positive values and work ethic instilled by a Christian community, only to find ourselves cast out for our sexual orientation. This book shows the next generation that you don’t have to choose between a life of Christian values and being an LGBTQ human being. DLB’s story is just one example of someone finding their way through and coming out on the other end with the marriage, family, and hope they at times thought they might not deserve.

About the past but for the future - brilliant

First off - I absolutely loved this story! Having heard Lance (can’t call him Dustin now that I “know” him) talk a number of times, it was fascinating to see where that passion has come from.
I like how the book is a story about the past but beacuse of and for the future. It may have sentimental points but it’s reason for being is pointing to the future. We can learn from Anne’s and Lance’s story.
The narration was - like the writing - very emotional. I found that it added to the experience.
Only minor critism is - like with all storytellers - one never knows what the objective truth has been. The point of view and thus the interpretation of events belongs to the narrator. And with Lance being as great a storyteller as he is, it makes me wonder - briefly - if events have been embelished. But I only wonder briefly, because I trust him.
I know I will listen to this again and I know a lot of people who’ll be recieving it as a gift in the coming months.

Covers all of life’s experiences

Every relationship and experience is portrayed in such depth and in ways that everyone can relate to from cradle to grave.
Lance does it with such transparency and bravery that you know him and get to know yourself better.

Dustin Lance Black's narration made it come to life. The kind of book that stays with you and that you want to revisit. Deep, incredibly smart and well-written. What a beautiful tribute to his mom, his family, and the LGBTQ community, in all their messiness, disagreements and sense of community. Hoping this book is read by many LGBTQ youths in the South and gives them hope.

This story of love goes bone deep and tells of a woman who overcame so many impossibilities to forge a life and fight to build a family only to keep having obstacles forced in her path by the doctors who didn't believe she had a future, by the church that promised her security and by the men who tried to quell her spirit only to discover she couldn't be dimmed. Told by a master yarn spinner who grew up believing he didn't deserve love, but because of his mother's indomitable will, was able to fight for his own life and countless others in the LGBTQ+ movement. Heartbreaking and hopeful, poignant and pithy, insightful and inciteful with a call to action from us all. Excellent read, but better heard from the fully emotioned voice of the author.

Great Book, Not My Fav Writing Style Tho

This book is a challenge to read/listen to due to DLB’s overuse of descriptors and constant circling before getting to the point of his sentence. I personally prefer authors who a bit more concise. Sometimes this book felt like his attempt to show all of his literary writing techniques. Overall, good story, but this book could half as long and still have the same impact. I still highly recommend it. Wonderful story.