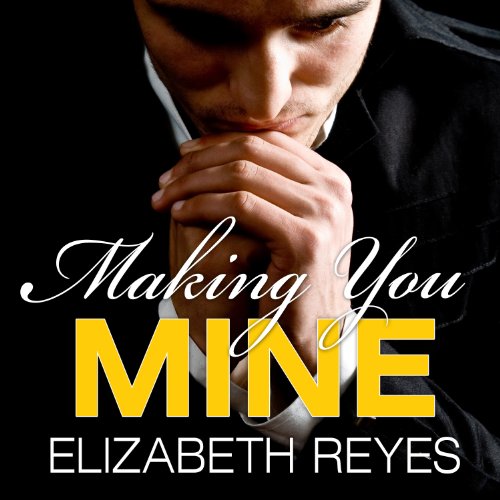 By: Elizabeth Reyes
Narrated by: Tanya Eby
Try for $0.00

Always in control, the meticulous and professional Salvador Moreno is thrown for a loop when the newly hired bartender Grace Zendejas suddenly invades his family's restaurant, and infuriatingly, his every thought. For the first time in his life, Sal is fumbling. But after recovering from a few blunders he discovers his feelings for Grace run much deeper.

Things begin to heat up between him and Grace, but then the ever-perfect Sal does something even his brothers never did - screws up royally. Now he's scrambling to cover up a mistake he knows could cost him dearly. As his relationship with Grace grows even more serious, Sal's secret is a ticking bomb, threatening to destroy the one thing he now lives and breathes for - his relationship with the love of his life - Grace.

What listeners say about Making You Mine

This Story Absolutely Dragged Until I Wanted to...

Ugggggg! If you want lots and lots and lots of details and loads and loads of conversational drama, then go for it. Why this is called a Romance novel, I will never know. Did I accidentally download a Teen Romance Genre' book?
Had to speed up the iPod to get the narrator to a normal speed. Not my kind of book. Not smart & sexy (Smexy).

I purchased the book and it only have me the sample. I need the whole book.
Thanks

Such emotion! This is a powerful family that has trials and love. The narrator was fantastic! Loved it!

Although Sal and Gracie have to tolerate Melissa's unwanted attentions toward Sal, they have a tight, happy and rewarding relationship. Enjoyable.

This heart warming story is a good story. I will buy more from this author

Yes and no - I loved the story line, but the narrator wasn't as good that I hoped.

What was one of the most memorable moments of Making You Mine?

I loved the character in the book. The macho man falls head over heels to a young girl that doesn't take his charms.

Would you listen to another book narrated by Tanya Eby?

Nope. Her tone of the voice stayed the same through the entire story. No changing in her emotions through curtain situations. It was kind of robotic - not so much into the characters.

As great as I remembered it.

It was well done with the can't put it down quality for me.
Easy listen with that wonderful feeling you get from a good
Romance novel.
The characters are believable and real.

What other book might you compare Making You Mine to and why?

I try not to compare books. Each stand alone .

Which character – as performed by Tanya Eby – was your favorite?

I was drawn to Sal and Gracie in this story. Really nice fictional characters.