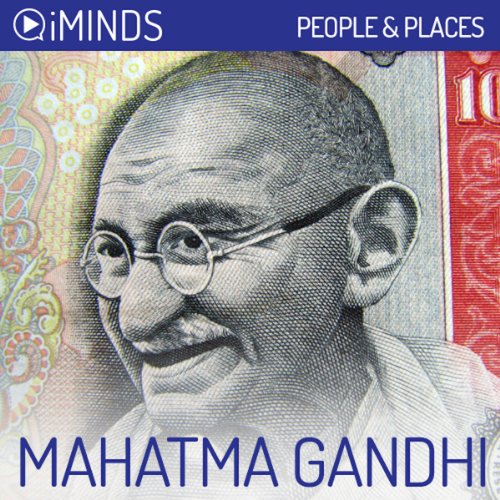 By: iMinds
Narrated by: Jude Beaumont
Listen free with Plus trial

Learn about the life of Mahatma Gandhi with iMinds insightful audio knowledge series.

On 30 January, 1948, a small, peaceful man aged 78 was shot dead while holding a prayer meeting in Delhi, India. What made this man’s death global news was the extraordinary life that had preceded it. The world gasped in shock that the man who had brought India her independence had been killed; that a man who had proven to be one of the most iconic figures of the twentieth century was dead. This man was Mohandas Karamchand Gandhi. Born on 2 October 1869 in Porbunder, western India, he was married at the tender age of 13 to a girl named Kasturba. His wife was a constant supporter of her husband throughout his struggle to gain India her independence from the British Empire.

Perfect to listen to while commuting, exercising, shopping or cleaning the house. iMinds brings you audio knowledge with eight-minute information segments to whet your mental appetite and broaden your mind.

What listeners say about Mahatma Gandhi