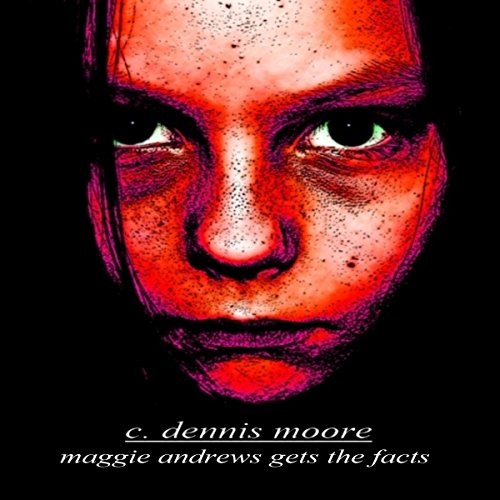 Maggie Andrews Gets the Facts

Maggie Andrews Gets the Facts

Horror author C. Dennis Moore brings hell on Earth in this dancing on a razorblade sampler, Maggie Andrews Gets the Facts.

Maggie is a magazine writer, specializing in unexplained theological mysteries. Maggie is also about to be out of a job unless she can land a big story. Enter a mysterious rich eccentric who tells Maggie he’s admired her work and wants to share his find with her: he’s got the Devil locked away in an upstairs room in his house.

Reluctant and sure the lead will result in just another hoax, Maggie goes to his house to get his story, and finds he’s not quite so eccentric as she’d thought.

In the back-up feature, “Family Name” from his collection Icons to Ashes, Moore tells the story of Jody, a disoriented young man who spends his nights in a drugged daze, confused and unsure. The only constant in Jody’s mind is a bright red line that leads him, eventually, to the door of his cousin, a cop who has been tracking Jody after spotting him walking the streets a few nights earlier. The problem is, Jody died a while back.

Together, these stories set a surreal tone, creating worlds that the listener can’t be entirely sure are real. The senses can’t be trusted when dealing with creatures that possess the power to alter those senses, and in Maggie Andrews Gets the Facts that power is used to full effect, acting like a razor to the brain. And for poor, muddled Jody, whether it’s psychic link or pure animal bloodlust that spurs him on, the only thing he’s really sure of is the red.