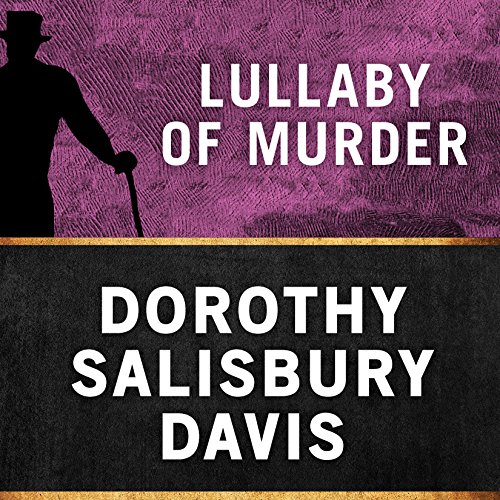 By: Dorothy Salisbury Davis
Narrated by: Vanessa Johansson
Try for $0.00

Julie Hayes has come up in the world. Her days as a starving actress behind her, she is married to a globe-trotting journalist, keeping up with her friends from her fortune-telling days, and celebrating a year of gainful employment at the New York Daily. But one of her colleagues is found shot dead in his office - and Julie may have been the last person to see him alive. With a reporter's nose for a scoop, Julie investigates the violent death of one of New York's most infamous - and despised - gossip columnists. But his is not the only troubling death in the past few weeks. A Broadway publicist took his own life by jumping from the George Washington Bridge. Could the two deaths be connected? Determined to find out, Julie gets caught in a violent drama of lies, scandal, and deadly revenge that lights up the Great White Way.

Lullaby of Murder is the third novel in Dorothy Salisbury Davis' Julie Hayes mystery series, which also includes A Death in the Life, Scarlet Night, and The Habit of Fear, as well as the stories "The Puppet" and "Justina" in the collection In the Still of the Night.

What listeners say about Lullaby of Murder