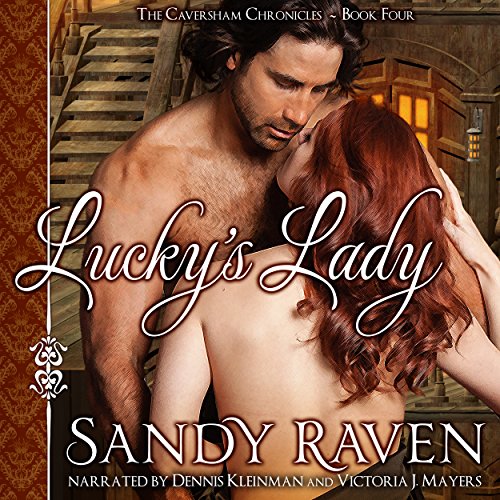 Mary-Michael Watkins needed a man to father her baby. She never planned on falling in love.

When naval architect Mary-Michael Watkins married her elderly mentor who owned the shipyard where she worked, she never thought she'd miss the things he can't give her. But as the years pass, she discovers a surprising need for a child that grows stronger each day. Her husband urges her to look elsewhere for a man to sire the baby she wants, but she can't even consider such a thing - until she meets Captain Gualtiero.

Luchino Gualtiero is a man to whom family means everything. Second to family is growing his tea import company, and he's come to Watkins Shipyard to have two new ships built. He's enjoyed married women in the past, so has no issue bedding the beautiful wife of the shipyard owner. But when it comes time to leave her, his heart cannot forget her.

Shortly before her husband's death, Mary-Michael realizes she is carrying the captain's child. A spurned suitor accuses her of adultery, claiming to be the child's father to gain the Watkins fortune, and she is forced to ask the captain to care for their child in the event she is found guilty and hanged.

Lucky will do whatever is necessary to have Mary for his own - and to be a part of his child's life - even kidnap her from her cell and take her on the high seas with him. He knows she's long fought her feelings for him, and aboard the Lady M he will convince her that his love for her is as endless as the ocean.

What listeners say about Lucky's Lady

And The Family's Story Continues Beautifully

I've been following the Cavershams since book 1, well written, well narrated. Thanks loved it.

i love this series. it keeps you captured throughout the entire book. characters are so believable.

Stands on its own with a throwback to the series

I have listened to all the books in the series and found this one good, but two and three are better. Mary Michael is an intelligent woman in a time and industry where women are wives and mothers and seldom anything else. While Mary Michael is married he is more a loving father than a husband. A desire for children has her considering a tryst with Captain Lucky. As with most romance stories, the ending is slightly predictable, but the journey is worth the voyage.

Lucky’s Lady is the last book in the Caversham Chronicles. I have thoroughly enjoyed this interesting series. While Lucky’s Lady is not my favorite, it is an excellent conclusion to this wonderful series.

Sandy Raven writes emotionally-charged romances with intricate plots and unforgettable characters. Lucky’s Lady has both these ingredients. This book is fast-paced and flows beautifully with an excellent balance between dialogue and narrative. For such a long book, it did not have any parts that slowed the story.

While I struggled a bit with some of the choices Mary-Michael makes throughout the book, I like her character a great deal. She is intelligent and hard-working and although she does not have a complete marriage with her elderly husband, she does have a deep affection for him. She has a constant war between doing what her husband suggests and her growing attraction for Lucky. I could feel her anguish and guilt over, first her infidelity and second over the deception with her lover.

Although Lucky makes a dashing and handsome hero and has a wealth of charm, I did have a great deal of trouble with his morals. He thinks it’s perfectly all right to engage in adultery with a married woman. There is something about his character, though, that had me loving the rascal anyway. He does recognize that what is between him and Mary-Michael is much more than physical and when he realizes he is in love with her, he is willing to do whatever is necessary to keep her safe.

The attraction between Lucky and Mary-Michael is combustible from their first meeting and only grows stronger as the story progresses. Ms. Raven’s love scenes are sensual and filled with emotion, and I enjoyed them a lot.

I listened to the audio recording performed by Dennis Kleinman and Victoria J. Mayers. This was an unusual narration. Mr. Kleinman read all the narrative for Lucky and all that character’s dialogue. Ms. Mayers did the same for Mary-Michael’s character as well. While this kept the problem of the male sounding too female and vise versa for the female, I found this took some time to get used to, and at times the dialogue sounded abrupt. Nonetheless, both narrators read with the right amount of emotion. I would listen to both narrators in the future.

If you enjoy complex characters with good depth and a unique plot, then you will love Lucky’s Lady as much as I did. While this is a standalone novel, I do recommend reading the rest of the books in order. Happy reading!