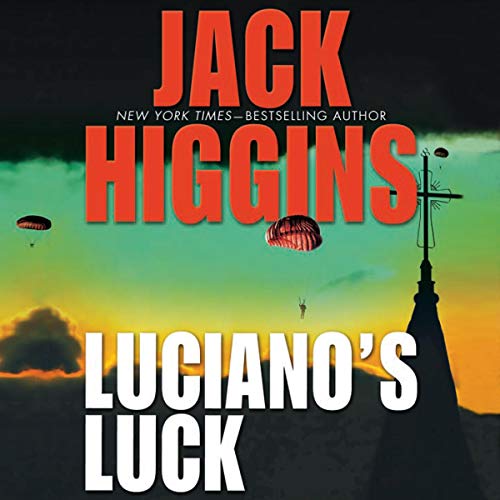 By: Jack Higgins
Narrated by: Michael Page
Try for $0.00

In the Summer of 1943, the Allies were poised to invade Sicily. Yet the price would be high in blood and time – unless the island people rose in revolt against their Nazi oppressors. But only the Mafia could command an uprising, and Mafia supremo Antonia Luca hated everything American. Someone very persuasive indeed was needed to change his mind. And they didn’t come any more persuasive than the man known as Lucky Luciano.

What listeners say about Luciano's Luck

I have read many books by Jack Higgins. His writing is simple and fast paced. Always easy to follow. When I finish his books, I want more. His character development is strong. I bond with his characters. Although anything with Sean Dillon is my favorite, Luciano’s luck was a great WW2 thriller.

If you could sum up Luciano's Luck in three words, what would they be?

Yes, springing Luciana from prison ,parachuting in the Sicily ,sergeants trying to kill Luciano how could it not keep you on the edge of your seat.

What does Michael Page bring to the story that you wouldn’t experience if you just read the book?