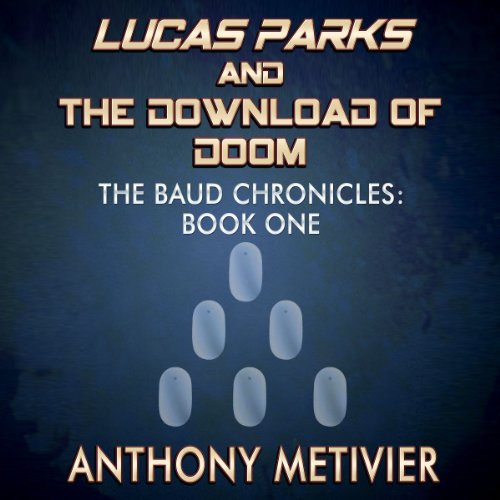 File-sharing thief and gas station employee Lucas Parks is more than he seems. As a young man making money to help care for his couch potato parents while illegally downloading movies every night at the gas station, he unexpectedly learns that he is the progeny of the mysterious time-traveler, Doctor Zoo.

But Lucas doesn't have time to dwell on the news of his true family history. After barely rescuing Lucas from a viral download attack, the notorious Baud hunter Cowboy Dan whisks him away to help him heal from a growing Baud infection. Caught up in a daring adventure, Lucas discovers that he has extraordinary mental powers far in advance of any other child of Doctor Zoo seen before…including Cowboy Dan's own step-daughter.

Whatever you do, Lucas Parks, don't let the Baud infection spread!

Lucas is under so much pressure to learn the skills needed to stop the Baud infection coursing through his system that he fails to notice just how dark and twisted his inner life has become. And once the Baud has him in their grip, they'll do anything to use Lucas as their pawn in a mission to destroy Doctor Zoo before his world-alerting Time Machine has a chance to exist.