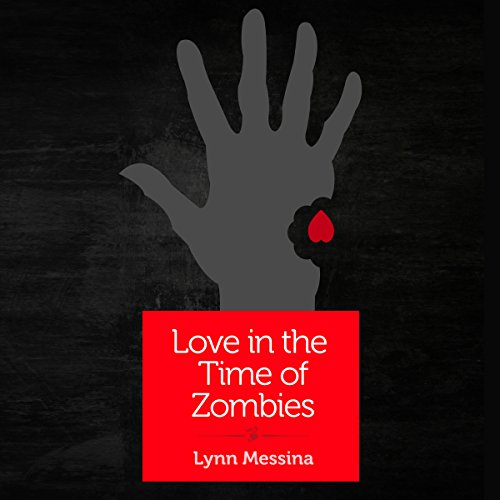 Love in the Time of Zombies

By: Lynn Messina
Narrated by: Stephanie Tucker
Try for $0.00

It's 2017, and a raging virus has drastically reduced the world's population of men, transforming all but a fraction into a race of putrid, brain-dead zombies. So what's single, ambitious 23-year-old Hattie Cross to do for fun, not to mention romance? In this hilarious marriage of post-apocalyptic fiction and super smart chick-lit with a wry twist, novelist Lynn Messina spoofs dating manuals, monsters, and the superficial media world, all the while creating a feisty, funny heroine with heart.

Lynn Messina is the author of eight novels, including The Girls' Guide to Dating Zombies and Fashionistas, which has been translated into 15 languages. Her essays have appeared in Self, American Baby, and the New York Times, and she's a regular contributor to the Times's Motherlode blog. Lynn lives in New York City with her husband and sons.

What listeners say about Love in the Time of Zombies

well, it tried to be different

Zombies have to replace men because there aren't any men?
OKaaaaaay.
I think sperm banks would have been raided before women would date zombies.
To what purpose? I mean...really.

It seems like it's a retelling of the beginning of the devil wears prada mixed with feminist doctrine and where we are and societee right now I was waiting for them to take it somewhere new but it never showed up.

While going into this I suspected it would be another stereotypical take on romance at the end of the world, girl meets boy rarity and despite all odds girl wins boy’s heart. It was nothing of the sort, in the best way possible. The writer clearly had an in-depth background into the psychological aspects of each character, and it showed in their behavior and the depth of the main characters thought process. To compare it to something along a similar vein I could name Y the Last Man. Though this was finished in far fewer pages and with great tact, to deliver a story just as strong. While zombie stories tend to be my favorite in the movie industry, in books it is difficult to find a gem like this. There were no cheap pokes with gore, and no cringe worthy moments or unnervingly stupefying choices. Instead it was a very realistic outlook on life from a sensible, carrier driven main character. A very enjoyable read. I hope to see more in the future.