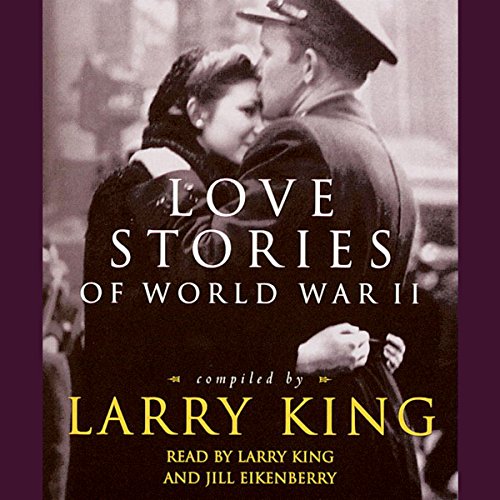 Larry King, whose previous books have sold more than one million copies, tells the moving and heartwarming stories of couples who met by chance and fell in love during World War II, based on his original interviews.

Poignant, inspiring, humorous, and unforgettable, these are the stories of men and women who, amid the chaos of a devestating war, became the loves of each other's lives. The stories in Loves Stories of World War II cover a wonderful range of experiences, from couples who met and got married within a few weeks to those who waited years after a brief first meeting to see one another again.

There are charming stories of falling in love at first sight, stories of tragedy transformed by love, and stories of the remarkable resourcefulness that can be exercised by two people determined to be together.

A treasure trove of unique reminiscences, Love Stories of World War II offers an unprecendented view into the personal side of the World War II experience and celebrates the incredible legacy of remarkable relationships forged in the midst of tragedy.

I found this book fantastic. To find love amongst a tempestuous time and keep it going strong in an age where modesty and privacy are at minimum is truly a wonder. Great read or listen.