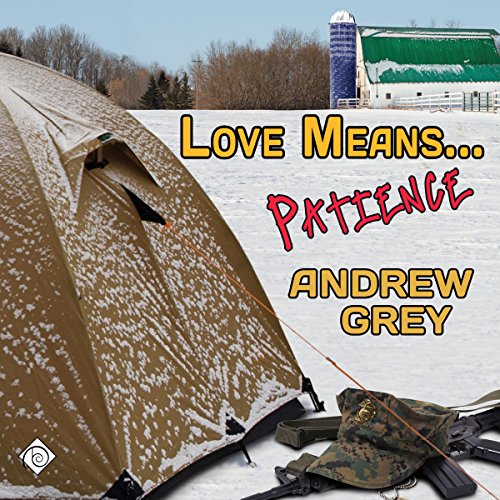 Years after his discharge from the Marines under "Don't Ask, Don't Tell," Cody Culver lives in a PTSD-induced world all his own. On a mission, under misconceptions that Geoff and Eli are the enemy, Cody breaks into their farmhouse but is quickly brought back to his senses by a frying pan to the head. After receiving much needed help in the hospital, Cody has nowhere to go. Luckily, kindhearted Eli knows just where to turn.

When Eli asks former Marine Brick Hunter to help, Brick isn't sure he wants to get involved. But Brick has worked through his own PTSD, and like it or not, he owes Eli a favor. With Cody struggling to rejoin the real world and Brick agreeing to take him in, they discover they have more in common than either of them thought possible.

Though Cody tries to stay in the here and now, he sometimes flashes to unexplainable traumatic events-events that don't fit his usual war zone delusions. As the "delusions" grow more frequent, it becomes apparent they might not be delusions at all. Cody may have actually witnessed a murder.

I wasn’t sure what heading to give this book in the series. I have loved them all so far, but this one touched a special place in my heart. As so many of our soldiers come home with issues and struggle to get their lives back, doing so when they have been dishonorably discharged just because of who they loved is plain wrong. I love the way it was addressed in the story and how the story ends! Well done, again.

Yup there is even room for two hunky Marines in the ever expanding gay family of Geoff & Eli... Hurraaaaa!

This instillation of the series takes us off the farm for most of the story. These two strong men have both faced real hardships. And both have had to overcome and both have had to overcome their military careers. Cody was more out there but Brick's steady presence does so much to get Cody rooted. I also appreciate the handling of DADT fall out and its impact on those who served. A great story of two men caring for each other.

No depth to characters.

One time listen! Peaked my interest in the beginning, followed by struggle to keep listening, to have it end with a mild emotional bump. Mundane characters and their connections made the story dull.