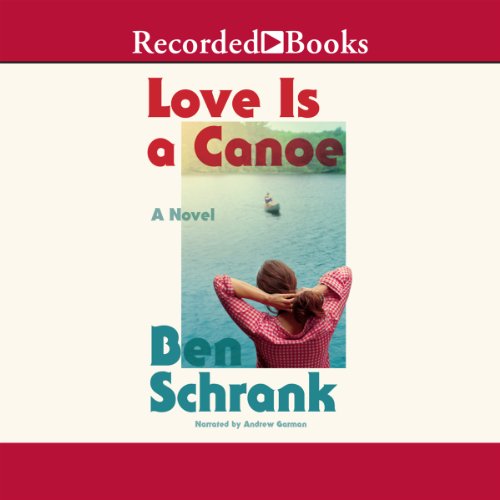 Love Is a Canoe

Love Is a Canoe

Peter Herman is something of a folk hero. Marriage Is a Canoe, his legendary, decades-old book on love and relationships, has won the hearts of hope­ful romantics and desperate cynics alike. He and his beloved wife lived a relatively peaceful life in upstate New York. But now it’s 2010, and Peter’s wife has just died. Completely lost, he passes the time with a woman he admires but doesn’t love - and he begins to look back through the pages of his book and question hom­ilies such as:

A good marriage is a canoe - it needs care and isn’t meant to hold too much - no more than two adults and a few kids.

It’s advice he has famously doled out for decades. But what is it worth?

Then Peter receives a call from Stella Petrovic, an ambitious young editor who wants to celebrate the 50th anniversary of Marriage Is a Canoe with a contest for struggling couples. The prize? An afternoon with Peter and a chance to save their relationship.

The contest ensnares its creator in the largely opaque politics of her publishing house while it intro­duces the reader to couples in various states of distress, including a shy 30-something Brooklynite and her charismatic and entrepreneurial husband, who may just be a bit too charismatic for the good of their marriage. There’s the middle-aged publisher whose im­posing manner has managed to impose loneliness on her for longer than she cares to admit. And then there is Peter, who must discover what he meant when he wrote Marriage Is a Canoe if he is going to help the contest’s winners and find a way to love again.

Here's a "don't waste your time, because I did it for you," review. An interesting construct, telling the story of a single-book author whose claim to fame is a self-help book based on putative stories about success in marriage told by his too-good-to-be true grandfather. First, this book is better suited to people whose ages are closer to a school zone speed limit than a freeway speed limit. Second, I didn't like any of the characters, didn't know them, didn't understand their motivations. Couldn't figure out who was the hero/ine. Didn't care. That being said, I just checked out the NYTimes book review, and I am not, as they say, on the same page as its author. As I drove and listened I just kept thinking Bar-ar-arf.