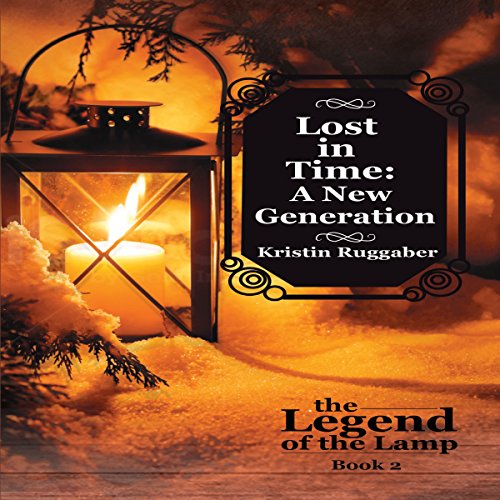 Lost in Time: A New Generation: Legend of the Lamp, Book 2

By: Kristin Ruggaber
Narrated by: Jeffrey A. Hering
Series: Legend of the Lamp, Book 2
Length: 9 hrs and 26 mins
Categories: Romance, Science Fiction
4.5 out of 5 stars 4.7 (6 ratings)
This title is included in Audible Escape

Lost in Time: A New Generation: Legend of the Lamp, Book 2

By: Kristin Ruggaber
Narrated by: Jeffrey A. Hering

Author Kristin Ruggaber does it again! Lost in Time, the follow-up to Legend of the Lamp, continues to uncover the exploits of Jessie Dillman and her family. In this series of "time travel" books, book one sends a young Jessie to live on a ranch owned by her father's friends who have very old-fashioned ideas. Jessie eventually finds herself back in time - back to 1868 - by way of an old cave. By the end of the book, Jessie finds herself back on the Dillman ranch in 2012, and pregnant. Lost in Time picks up where Legend of the Lamp left off, 2013 and into 2014. As we follow Jessie's daughter, Jacqui, from being a baby through the age of 19, we learn Jacqui, who suffers from a serious illness and throws tantrums at the sight of her mother, has a habit of getting her own way. After Jacqui's mistreatment of her and after too many "misunderstandings" with Jack, as Alice went through the looking glass, Jessie eventually finds herself in the old west again, this time of her own choosing. The writing is interesting and creative, as we follow both Jessie and Jacqui though the book while marrying time, family, and cultures together.

The history depicted in this book is well researched and captivating on its own. It will have special interest for those who live in Northern Nevada, but will have wide appeal for those with an interest in the history of the west, time travel, Native American studies - and true love - all thrown into one...make for a very entertaining listen. The ending of Lost in Time leaves an opening for future books.

Leaves you hanging for more!

Will there be more? Very good. Tears of hurt and joy! Want more. Great author.