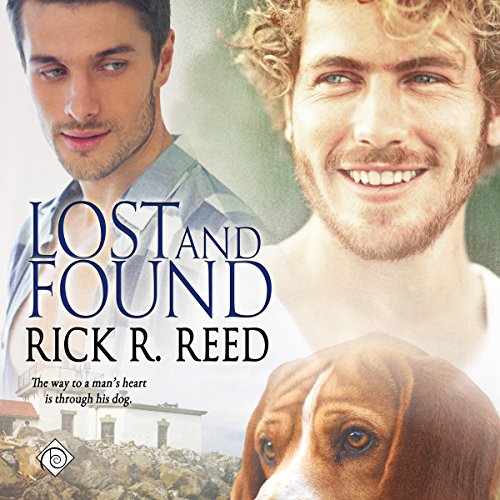 On a bright autumn day, Flynn Marlowe lost his best friend, a beagle named Barley, while out on a hike in Seattle’s Discovery Park.

On a cold winter day, Mac Bowersox found his best friend, a lost, scared, and emaciated beagle, on the streets of Seattle.

Two men. One dog. When Flynn and Mac meet by chance in a park the next summer, there’s a problem—who does Barley really belong to? Flynn wants him back, but he can see that Mac rescued him and loves him just as much as he does. Mac wants to keep the dog, and he can imagine how heartbreaking losing him would be—but that's just what Flynn experienced.

A “shared custody” compromise might be just the way to work things out. But will the arrangement be successful? Mac and Flynn are willing to try it—and along the way, they just might fall in love.

What listeners say about Lost and Found

Sweet, but missing something

I liked this book a whole lot.

It started out great and hilarious. Guy loses dog, other guy finds dog, they both want to keep him and so it goes.

It dragged a bit though. It took the mc’s like 75% of the book to finally get together, get together. If you know what I mean. And when they finally did, something crazy happened that made one of the MC’s run away. And then there’s a really long chapter about that MC dealing with the side story and the romance coming second.

Overall a great read. Will check out more of this author.

I got lost and had to read along.

I, personally, would suggest a listener have the book (ebook or print) handy to read along.

While the overall vocal tone was easy to listen to, he spoke quite quickly and - at times - that speed made it was hard to understand. Diction was not always clear and precise. Pronunciation of several words threw me off. Character voices were not consistent. Inflections did not always match the situation or text. (Example: "blah blah blah." he mumbled. should have been spoken in a more mumbled voice rather than the same volume and quality speaking voice as the narration.) I can honestly say that if I did not have the ebook open to follow along, it would have been me that got lost.

What was one of the most memorable moments of Lost and Found?

This is the first time listening to the narrations of Michael Neeb.

Overall I enjoyed this audio book -- loved the story and narrator was good but not great. Rick Reed's gentle telling of bringing together two good men by way of their mutual love for a sweet little beagle was wonderful.