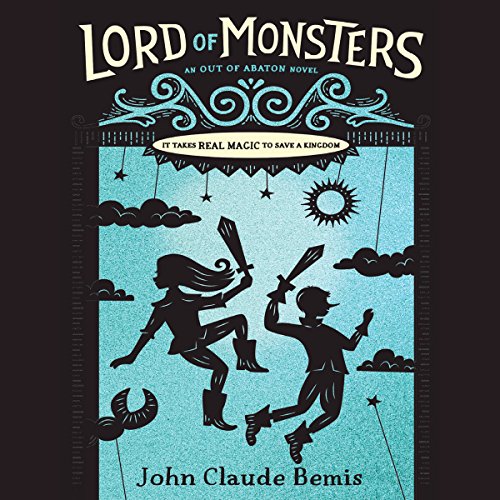 Pinocchio can't believe the Moonlit Court is his home! With royal banquets, a regal wardrobe, and a whole new set of rules, Pinocchio has a lot to adjust to in his new life as prester alongside Princess Lazuli.

But before they can get comfortable in their thrones, a fancy dinner at the palace is interrupted by an unwelcome guest - a monster! And this isn't just any monster; it's a manticore, a beast that was imprisoned centuries earlier. Desperate to locate the prison and make sure none of its other monsters were able to escape, Lazuli, Pinocchio, and their Celestial Brigade set out to save Abaton from these ancient beings.

Their journey requires intelligence, strength, and a dash of the magic only presters control. But when Pinocchio tries to use his powers, they have an unintended effect: he is turning back into a wooden automaton. And if he's not careful, he may lose his human form forever.

The second book in the Out of Abaton series continues John Claude Bemis's reimagining of Pinocchio in an action-packed adventure that celebrates friendship, tolerance, and the power of being yourself.

What listeners say about Lord of Monsters