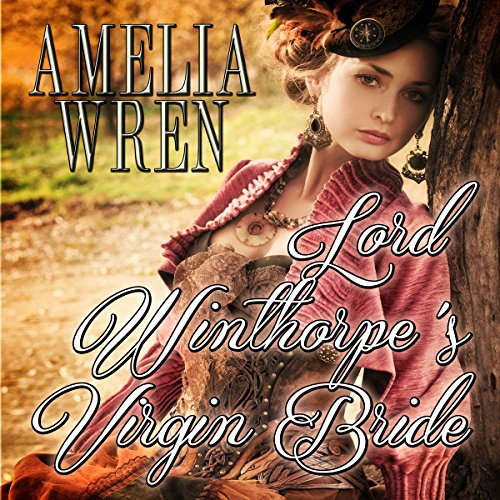 By: Amelia Wren
Narrated by: Edward Forrester
Try for $0.00

Jacinta Buchanan never particularly wanted to be married, but desperate times call for desperate measures. She needs a plan to ensure her future before her horrid uncle completely depletes the fortune her late father worked so hard to build. Hearing that a new, eligible bachelor has recently returned home to the manor just outside the village, she is quick to hatch a plan she believes will benefit them both.

Lord Theodore Winthorpe might have recently inherited a title and a large manor house, but unfortunately, he didn't inherit the means required to provide for its upkeep. When a young woman appears on his doorstep to offer herself in marriage under a definite set of terms, his interest is certainly piqued. After taking the little minx across his knees and ensuring there is a spark that has the possibility of growing into an inferno between them, he agrees to marry her.

Jacinta soon discovers that even the best laid plans can go awry. Things are not quite as simple as she'd planned, especially when she learns first hand that Theodore has some rather firm notions of what he expects from his new bride. His requirements have her struggling with her need to remain independent and her growing desire to submit to a man she barely knows.

immature story. narration was horrible would not recommend this book. it was torture to finish.

terribly narrated...also story goes no where

This narrator is the worst. No expression at all and repeats often. story is naff