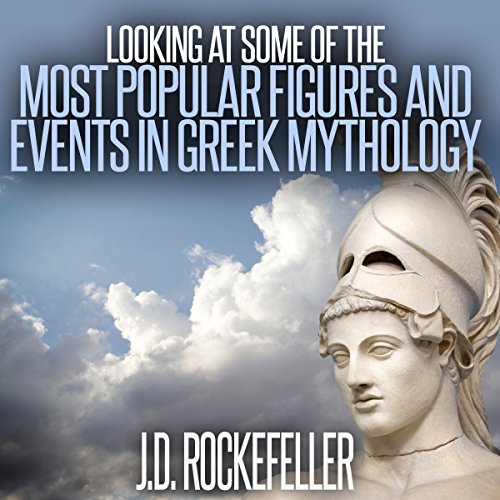 The ancient Greeks told stories about their gods, and these stories were later called myths and became part of Greek mythology. Even today, myths about ancient Greek gods, goddesses, and heroes are quite popular.

In fact, many of the products we buy today get their names from Greek mythology. The very popular Amazon.com got its name from a race of mythical female warriors. The ever popular, Nike, got its name from the goddess of victory.

That's not all. The Titans, the Spartans, and Trojans are popular sports teams, but their names are actually derived from ancient Greek stories.

There is no single original text in Greek mythology. In fact, it is known mostly from Greek literature. Among the earliest literary sources are Iliad and Odyssey, epics written by Homer, which date back to the eighth century BC.

The epics talk about how the mythical Trojan War was both a divine and human war. The epics don't explain the different gods and goddesses, but assume that the audiences are already familiar with them.

A possible contemporary of Homer, Hesiod, wrote Theogony or the Origin of Gods. He mentions the earliest Greek myths in this literary source, including the ones about the origin of the gods and the creation of the world. He also introduces the myths of Prometheus, Pandora, and the Five Ages in another book of his, which went by the name of Works and Days.

Basically, stories about ancient Greece have actually been picked up from various literary sources and there are so many gods and goddesses, so many monsters and heroes, and so many places and events to describe. In this book, we will be discussing some of the most popular figures and events of Greek mythology, and we hope you enjoy hearing about them as much as everyone who has known these stories for ages.