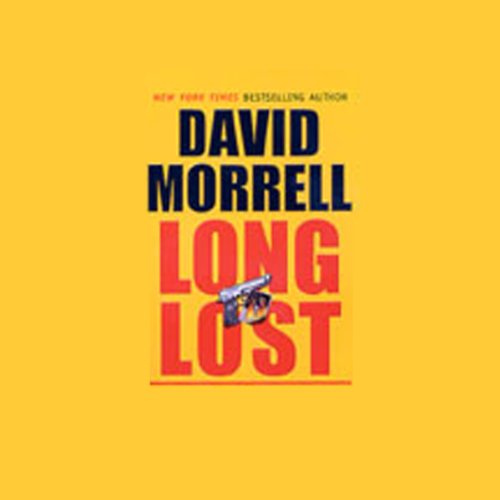 By: David Morrell
Narrated by: Neil Patrick Harris
Try for $0.00

Brad Denning's brother Petey is long lost. Frozen in time as a skinny nine-year-old bicycling away from his uncaring older brother, Petey haunts Brad's consciousness. To this day, within his prosperous life, Brad knows with certainty that he was responsible for the boy's disappearance. He knows how much his mother and father suffered and that nothing can ever bring Petey back - until a stranger walks into Brad's life.

Suddenly Brad is confronted by a man who claims to be his brother and tells a tale of wandering, pain, and survival. As Brad gradually puts aside his suspicions, his alleged brother makes himself at home in Brad's life. Then everything is shattered. Petey is gone again. Only this time, he has taken Brad's wife and child with him.

Now Brad must struggle with a harrowing mystery. Was the man who knew all the intimate details of their childhood truly his brother, or a vicious con man? Where has he taken Brad's family - and why? As the days stretch into weeks, the baffled police and the FBI are forced to end their search. Brad's only recourse is to put himself into the mind of the man who claimed to be his brother, and hunt him down himself.

"Climaxes in mind-blowing madness reminiscent of Hitchcock...ingeniously written and constructed." (Associated Press)
"David Morrell is a master of suspense. He wields it like a stiletto - knows just where to stick it and how to turn it." (Michael Connelly, author of City of Bones)
"Morrell...puts the reader right in the middle of the action. Scary, one-night reading with a sad, believable conclusion." (Booklist)

What listeners say about Long Lost

Scary What People Will do

Would you listen to Long Lost again? Why?

Long Lost takes you on a strange journey. From a perfect life to utter betrayal. We follow the journey of two men who have lost everything and will risk anything to get back what was once theirs.

What about Neil Patrick Harris’s performance did you like?

I really enjoyed the reading; NPH does a great job at giving the characters the depth they deserve.