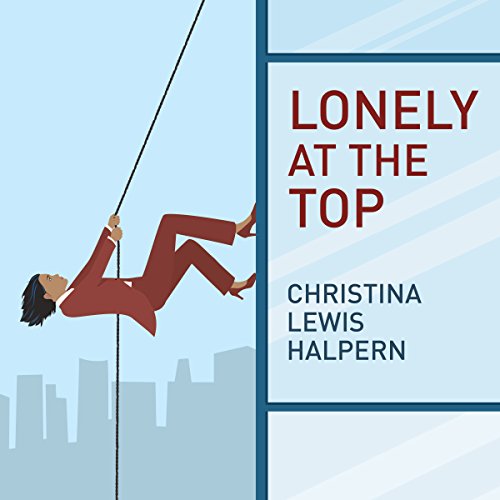 Lonely at the Top

By: Christina Lewis Halpern
Narrated by: Amber Patrick
Try for $0.00

Anxiety, fear of failure, self-consciousness: these are not the qualities you imagine when you hear the word "heiress". But in this powerful account, Christina Lewis Halpern applies a journalist's eye to her own struggles following the death of her father, the late entrepreneur Reginald F. Lewis, when she was 12. At the time of his death in 1993, Halpern's father was the richest black man in America, the Jackie Robinson of American business. His best-selling biography, Why Should White Guys Have All the Fun? details his amazing-rags-to-riches journey from the poverty of segregated Baltimore to the board rooms of Wall Street. This essay, a mix of memoir and reportage, is an exploration of Lewis's legacy: a bluntly honest and deeply human account of what it's like to be the sensitive child of a rich and powerful man.

As Halpern follows the past to seek the secrets of her father's success, focusing on his time at Harvard Law School, we learn the story of an American legend, but also the complexities of living with his legacy.

"Christina Lewis Halpern has written a touching, powerful memorial to her extraordinary father, Reginald Lewis, a Harvard Law School legend." (John Jay Osborn, Jr., author of The Paper Chase)
"Christina Lewis Halpern offers a relatable and eye-opening window into her family, racial progress in America and just what success really is." (Baratunde Thurston, author of How to Be Black)
"Exceptional" (The Very Short List)

What listeners say about Lonely at the Top

I wanted it to continue! Great story. i was driving while listening and wanted more.

As someone who went into financial services due to the inspiration of Reginald Lewis, and as someone with an Ivy League education who sometimes questions "my place," this book was therapeutic and a reminder to keep on pushing forward. Thank you for writing this book. God speed.