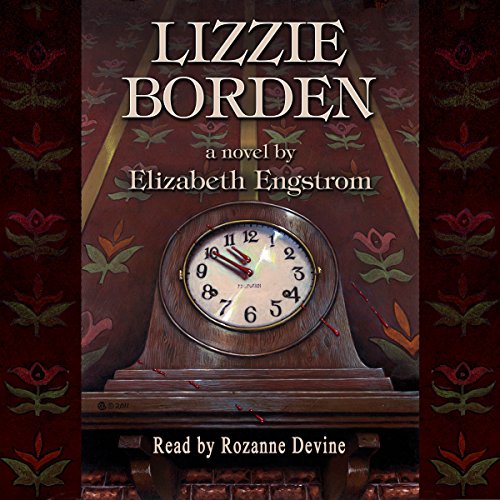 By: Elizabeth Engstrom
Narrated by: Rozanne Devine
Try for $0.00

A hundred years ago, it was the trial of the century. A young woman stood accused of brutally murdering her father and stepmother in a crime so heinous that it became a benchmark in human tragedy.

A hundred years later, the Lizzie Borden case still resounds in the imagination. There are those who staunchly defend Lizzie's innocence while others vehemently declare that she did it and that the murder was justified.

In Elizabeth Engstrom's brilliant novel, the dark psychology of the Borden household is laid bare. Lizzie; her sister, Emma, and their parents, Andrew and Abby Borden, are sharply illuminated - as are the paranoia and concealed hatred that secretly ruled the family. Domestic violence and dysfunctional families are not inventions of modern times.

What listeners say about Lizzie Borden

It's a Novel, Not a Biography

As a work of fiction, with the tentpoles of a true story, I thought it was quite inventive. I found the story compelling and the characters well thought out and interesting. She filled in a lot of unknowns with true imagination.

The story captured my imagination

Would you listen to Lizzie Borden again? Why?

Engstrom created believable characters, and a compelling plot, creating a psychological image of Lizzie that is both fascinating and creepy. Devine's reading was perfect and worth a re-listen.

The development of Lizzie's character. I liked her, felt sorry for her, and was repulsed by her.

What does Rozanne Devine bring to the story that you wouldn’t experience if you just read the book?

The voice nuances enabled me to 'see' the people and places. Devine's reading also made me sweat along with everyone in the novel. The "two" Lizzies were enhanced by the narration.

If you could give Lizzie Borden a new subtitle, what would it be?

A Result of Lovelessness

This book is alright, but not as good as I was hoping. The storyline moved along pretty slowly and sometimes it was downright boring. I have always been a fan of the Lizzy Borden story and was hoping for a little more interesting, (exciting) twist on this telling of it.

First, let me start by saying I knew this was fiction. But it wasn’t good fiction.

The narration was awful. I had the feeling it was read by an elderly woman volunteering to read in a nursing home.

The story itself started out in a unique and creative way. The problem is that the book had all kinds of prologue, introducing lots of characters and involving them in complex interactions. Then suddenly we were at the murders. Then everything was wrapped up in 3-4 minutes, with zero discussion about many of the characters and what happened to/with them. Frustrating and unsatisfying.

I wish I had quit in the middle instead of wasting more time.