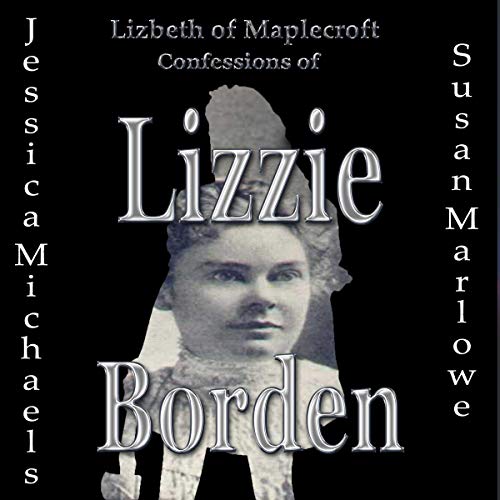 By: Jessica Michaels
Narrated by: Susan Marlowe
Try for $0.00

Through generations, few murders have captured the imagination in the way the Borden Axe Murders have. The gruesome killings, committed in broad daylight, in an occupied house, while leaving no conclusive evidence linking to the killer or motive, have baffled everyone.

The brutality of the crimes, where nothing was taken, suggests a crime of intense passion that could only have been fueled by either hatred or love, or perhaps both.

Imagination blends with facts, as you are taken on a chilling journey into the splintered mind of Lizzie, now known as Lizbeth, as she confesses to her closest friend at her beloved home. Tension builds as she opens up, telling her buried truths, starting with the reasons behind the brutal murders. Next, and not for the faint-hearted, she describes the how, before revealing the coverup.

Lizbeth of Maplecroft: Confessions of Lizzie Borden is an intense thriller that will have you on the edge of your seat.

What listeners say about Lizbeth of Maplecroft

It was an interesting take on the tale of Lizzie Borden. It’s a good pass the time quick read. I do wish it would have ended with him using the key. The narrator did a good job of telling the story.

I was provided a free copy in exchange for my honest review.

This was a really interesting angle on such a historically famous case. The narration was great, easy to listen to. The story was unique and gave some food for thought. I really enjoyed that it was from Lizzie’s viewpoint and that it encompassed many of the inexplainable details of the actual case.

Dark, twisted, relationships. This makes you "almost " rationalize why things went as they did. Questionable betrayals!!?? Revenge?? The headaches- were they a symptom of a brain tumor or mental illness?? Lots if food for thought and conjecture. I voluntarily listened to a free copy of this and am giving an honest review. The narrator did a good job.

This story gave an amazing fictional account of what Lizzie could have been thinking.

Knowing what we know now about mental health and family dynamics it is compelling.

Susan Marlowe did an excellent narration of this story.

Susan Marlowe is the absolute above anyone else the best narrator for this story and for any story that I have ever heard. She had to tone down, the attitude but everything not to mention she had great material to work with this book is so well worded and felt authentic. I can’t say more about the book except that you should definitely read this book I highly recommend it to anyone who likes good storytelling and great now ration this is an awesome awesome awesome book!