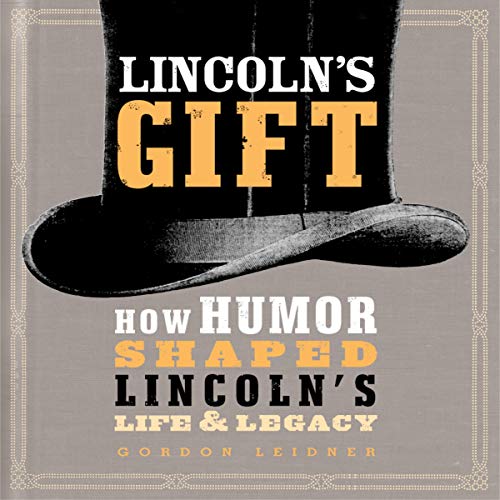 By: Gordon Leidner
Narrated by: Frank Gerard
Free with a 30-day trial

"Simply the best book that has been published on this great president's humor and stories.... Everyone interested in Abraham Lincoln will want to read this." (William C. Harris, author of Lincoln and the Border States)

Abraham Lincoln has long been admired for his leadership, honesty, and eloquence. But despite his somber reputation, the 16th president was quite funny. With an uncanny ability to mimic others and an irresistible midwestern twang, Lincoln, in fact, could be downright hilarious.

Brimming with his funniest quips, jokes, and stories, Lincoln's Gift explores the crucial role humor played throughout his tumultuous professional and private life. Perfect for history buffs and Lincoln enthusiasts alike, this clever and captivating biography reveals how America's greatest president used his lighter side to lead the country through one of its darkest times, the Civil War.

"Gordon Leidner ingeniously blends a study of Lincoln's humor with an account of his life, showing how our 16th president was not always a 'man of sorrows' but often a man of laughter, capable alike of enjoying as well as telling a good story." (Michael Burlingame, author of Abraham Lincoln: A Life)

What listeners say about Lincoln's Gift