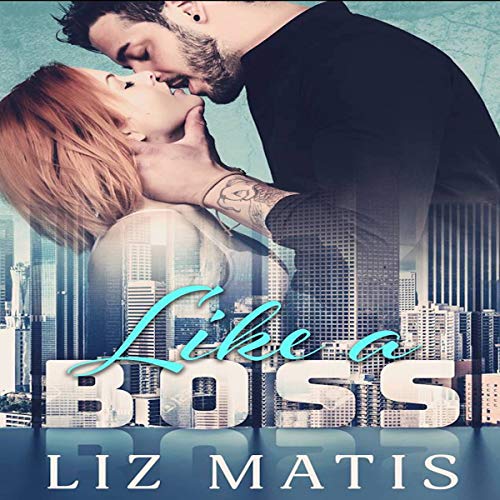 By: Liz Matis
Narrated by: Riley Raye
Free with a 30-day trial

War veteran Dawson Trudeau never expected his estranged identical twin to walk into his bar in Alaska, let alone offer him $20 million to pose as the CEO of King Enterprises while he secretly heads to rehab for 30 days. With dreams of starting a homeless shelter for veterans and locating his retired service dog from Afghanistan, Dawson can't say no. Then he meets his brother's sexy assistant and he hopes she can't say no - to some overtime between the sheets.

Lacey Brooks isn't attracted to her metrosexual boss, but his rough-and-ready identical twin is just her type. When lust turns into love, she fears she is betraying the CEO. If she can navigate the family feud to ensure a spot-on impersonation by Dawson, she'll finally be promoted to VP.

If they can pull off the masquerade, everyone wins. But once the 30 days is over will victory matter if they don't have each other?

This is the first book I have listened by this author,. Twin brothers who couldn't be further apart in every way come together to save the one from his whole world crumbling. Little did he know the biggest achievement would be winning the love of an amazing woman

This was my first Liz Matis's book. This is a short, cute and sweet story. I love Dawson and Lacey's story. The secondary characters are also interesting. I'm looking forward to the next book in the series. Riley Raye has a great voice, but I was a little distracted while listening (echo, pacing and characters's voices too similar). I received this free review copy at my request and I have voluntarily left this review.

3.5 of 5 stars Like a Boss was my first book by Liz Matis and I found myself really enjoying the story overall. It was a bit on the shorter side as far as my usual picks go, but it was well done. The two main characters, Dawson and Lacey, were given good depth and dynamic. I was able to connect with them and found myself really liking them. There were good twists and turns to keep things interesting in the story line. And of course it had a satisfying ending. One of the reasons I wish the book had been a bit longer was so that the build-up and get to know you phase between Dawson and Lacey could have lasted a bit longer. It definitely had the insta-love feel to it, but I do at least feel like they had some heart to heart moments and there was some foundation laid by the author to base their declarations of love on. Some of the secondary characters in the story like Dawson's twin brother Aaron and their father I have mixed feelings about. As far as Aaron, there were a very few bits and pieces to make me think he'll be redeemable. Then there was their father that left me with a sense of disliking him. I just think there could have been more to build on there. The narrator Riley Raye did a pretty good job. I think her voice itself was pleasant to listen to and while her male voice won't be considered my favorite, I've certainly heard worse. The only thing I didn't love was that there was kind of a sound in the background during the whole story. Not quite an echo but more like maybe her surroundings weren't as soundproofed as they could be. In the end though the storytelling took over and I noticed it less and less. All in all I would listen to this narrator again and I definitely would be interested in learning what happens in the next book.

I enjoyed listening to this book. I liked the characters. I liked Dawson and Lacey. I liked Dawson because despite getting the raw end of the deal as a kid he did pretty good for himself. He didn't sit around and wallow in self pity like many would. I liked Lacey because she was a good and loyal friend to his brother. The chemistry between the two of them was good. I want to see how things end in book two. I am sure other people would enjoy listening or reading this book.

I really enjoyed this book. It was quick and fun to listen to as Dawson and Lacey realize they were meant for each other. There is lots of attraction which sizzles between them. For a short story, I did not feel like I was missing anything - it moved along nicely. Looking forward to Aaron’s story. The narrator was a bit slow in delivery in some places, but overall a good performance.

I’d recommend s the book/audible. I liked the narrator who told the story. The characters were like able. We have Dawson and Aaron who are twins completely polar opposites. They didn’t grow up together and only know each other later on briefly. They had two completely different upbringings and Dawson is shocked when Aaron the CEO of a very successful company comes to him asking for help. He needs to go to rehab for 30 days and wants his brother to pretend to be him during this time. Here comes Lacey his assistant that is here to help Dawson and she is hoping that she can become VP proving herself. Problem is the chemistry her and Dawson have is off the charts. I recommend it and hope you’ll enjoy it as well.

This was a really good book, it was a sweet story. Well narrated. Looking forward to the second book.

I loved this book! The premise of switching places with a twin sounds so appealing to me! The complications that happened only added to the fun. I found myself laughing out loud in this book. Although this is a short listen, the author, Liz Matis did a great job developing the characters. I thought the narrator Riley Raye did a great performance. I will definitely listen to the next book in this duet series. I requested this review copy audiobook and have voluntarily written this review.

The characters in this book were well developed with a story that was somewhat predictable but entertaining. Theme involved twins switching lives for 30 days and the complications that ensue. Lifestyles are direct polar opposites with each twin seeking his own purpose or reward after the 30 day agreement. The impersonation itself causes complications with bouts of humor that made it a worthwhile read. It’s the type of book that will take you outside of your daily stresses and provide laughter and entertainment. The ending , I dare say allows for a possible second story or sequel that potentially could involve the other twin or perhaps the leading lady might have an unknown sister or twin! Definitely a good read -while this is the first time I read this author, I believe I’ll peruse her other work. Should there be a sequel- it would definitely be worth reading.

sort of an adult version of The Parent Trap

This is sort of the adult spin on the movie Parent Trap...Military veteran, Dawson Trudeau, is happy running his bar in a quiet town in Alaska...when his identical twin brother, whom he first met when they were 12 yo and has not seen in 20 yrs, walks in asking a favor. In exchange for $20 million, Dawson will impersonate his twin as CEO of their father's company for 30 days while he is in rehab. Since Dawson's dream is to open a shelter for homeless vets, as well as locating his service dog in Afghanistan, he agrees to go along with the hare brained scheme. His twin, Aaron, also stipulates that Dawson must stay away from this assistant, Kacey...of course Dawson is attracted to Kacey...will he resist the pursuit? Kacey has her sights on the VP position and has no intention of letting her attraction to Dawson get in the way. But as the days turn in weeks, will the pair be able to resist each other or will they risk it all for a chance at love? This is a very short story but is well written, with likeable characters...well except for the twin. That said, during his time impersonating his brother, Dawson realizes that he was wrong assuming that his brother had a great life as opposed to his growing up with their drug addicted mother. Their father is a piece of work...and I really wanted Dawson to smack him. Anyhoo, good story, with a lovely ending, and good narration...worth the read/listen. Will be looking for Aaron's story. I voluntarily accepted a complimentary copy of this book in exchange for an honest review.

After being separated at birth, identical twins Dawson and Arron have never really gotten along. 32 years later Arron shows up in Alaska with a irregular business proposition. Arron has to go into rehab for a drug addiction, so he offers Dawson a 20 million dollar proposition to become him for 30 days. Can Dawson make it the whole 30 days without anyone finding out about the bait and switch, or will his cover be blown before his time is up. The one person he has to fight the hardest against is his sperm donor, you seriously can’t call him there father, he’s an ass. Especially with the way he treats his children.

What I really liked about this story is the author did a good job with story flow and showing that caring about other people can help us grow into a better person. Dawson and Lacey are both people who don't want anything to do with love, yet when they meet, they feel an instant attraction for each other. While the attraction is born of lust, it soon turns into a relationship of needing that love. The other thing I liked about the story is the way the author shows that without love, kindness, and forgiving, we can't move past the hurt to become a caring individual, such as the severed relationship between Dawson and his father (whom I did not like). What I didn't like about the story was the use of explicit language and sexual cliches. However, this is just my preference. I'm sure there are plenty of readers who like that. I prefer cleaner romance stories. **I was offered a free book in exchange for an honest review, which in no way swayed my opinion of the writer, narrator, or story.