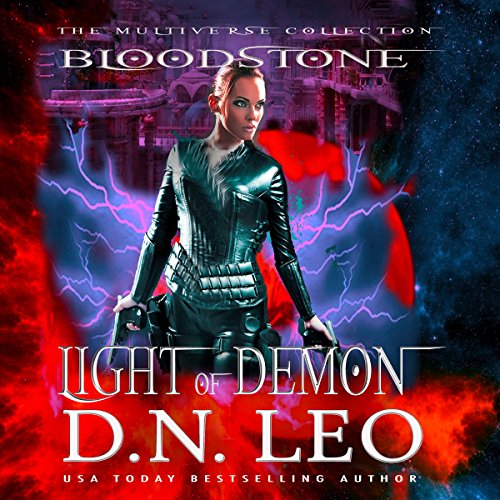 Her mission is to serve and protect. That is, until she destroys.

When people need protection and seek help from the top mage-operating private security agent in the city, Alyna is the person for the job.

On the Future Earth, where governments no longer exist, the power belongs to those who are stronger - however strength may be defined.

Caedmon is a commander with supernatural power and an army under his control. But when he travels to Future Earth on an unofficial mission, he is on his own. He could rely on Alyna for support, but what he wants might be exactly what she was built to destroy.

Bloodstone is an urban fantasy trilogy full of action with unimaginable twists and turns, magic, love, science, and war.

What listeners say about Light of Demon