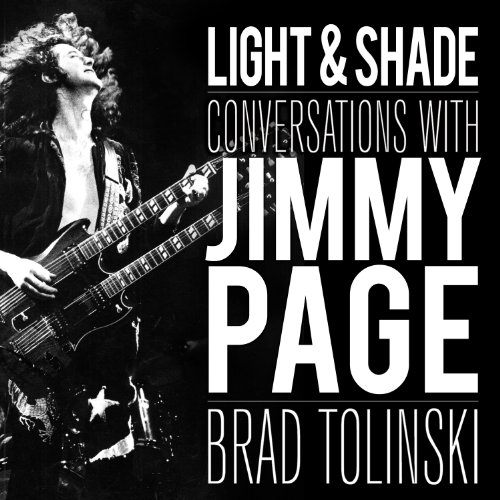 By: Brad Tolinski
Narrated by: Robert Fass,John Lee
Try for $0.00

More than 30 years after disbanding in 1980, Led Zeppelin continues to be celebrated for its artistic achievements, broad musical influence, and commercial success. The band's notorious exploits have been chronicled in bestselling books; yet none of the individual members of the band has penned a memoir nor cooperated to any degree with the press or a biographer. In Light and Shade, Jimmy Page, the band's most reticent and inscrutable member, opens up to journalist Brad Tolinski, for the first time exploring his remarkable life and musical journey in great depth and intimate detail.

Based on extensive interviews conducted with the guitarist/producer over the past 20 years, Light and Shade encompasses Page's entire career, beginning with his early years as England's top session guitarist when he worked with artists ranging from Tom Jones, Shirley Bassey, and Burt Bacharach to the Kinks, The Who, and Eric Clapton. Page speaks frankly about his decadent yet immensely creative years in Led Zeppelin, his synergistic relationships with band members Robert Plant, John Bonham, and John Paul Jones, and his notable post-Zeppelin pursuits. While examining every major track recorded by Zeppelin, including "Stairway to Heaven", "Whole Lotta Love", and "Kashmir", Page reflects on the band's sensational tours, the filming of the concert movie The Song Remains the Same, his fascination with the occult, meeting Elvis Presley, and the making of the rock masterpiece Led Zeppelin IV, about which he offers a complete behind-the-scenes account. Additionally, the book is peppered with conversations between Page and other guitar greats, including his childhood friend Jeff Beck and hipster icon Jack White.

Through Page's own words, Light and Shade presents an unprecedented first-person view of one of the most important musicians of our era.

"By shining a light on the shadowy Page, Tolinski has created a must-have for any Led Zeppelin fan or guitar player." ( Publishers Weekly)

What listeners say about Light & Shade

As a 10yr old diehard Led Zeppelin fan in 1973, as a 12yr old Page FanGirl in 1975, thanks to much older sisters who I was able to steal albums from. And a father who thought a 10 yr girl should get rid of hand me down record player for a new STERO for her birthday....the marriage was sealed. Any info I could get was gold...in the days of NO google, we just had Creem, Circus, Rolling Stone and The encyclopedia of Rock & Roll. This audible book with all of its history and production info was a wet dream
Ramble On🤘🤘🤘🤘

Makes me want to go back and listen to every album and syncng them up with the audiobook!

It's a very nourishing book, if you want to ubderstand the trascendence of Page as a musician and as a human. There are a lot of curious facts about LZ songs and about Page's guitars and technical stuff regarding production.
However there are some questions that never receive an answer, specially of topics related more on Led Zeppelin story and Page's relationships with the rest of the band members. Definitely needs to be complemented with a book about the band to get the full story.

Indepth and well deserved review of Page and his m

If you could sum up Light & Shade in three words, what would they be?

What other book might you compare Light & Shade to and why?

Have you listened to any of Robert Fass and John Lee ’s other performances before? How does this one compare?

I have not, but they did a great job here

Not necessarily. The book is very info based so some pacing is recommended

I enjoyed learning about this childhood hero.

Jimmy Page was one of the most influential creative artists of my generation. This is a rare look at the life and work of a true musical genius.

Good info though I'm biased. He is a huge influence on my music. Love hearing his input.

The Many Facets of Jimmy Page

While fans would know most of what's told, there are plenty of gems to mine.
There's also a good balance between guitar geek speak and music talk for the casual fan. The book could easily serve as an official biography.

The overall narration is decent, but hearing Led Zeppa-Lin or braun-ore-ire over and over throughout sounds like it the narrator's first reading.
The guy doing Jimmy Page sounded more like Mick Jagger. Page has a much softer sounding voice, more refined than what is presented. He made Paul Rodgers sound like Groundskeeper Willie from The Simpsons for crying out loud!

That aside, it was still well worth the listen.

Page is and was great, but that's all the author could see and hear. I wanted a bit more realistic, objective, unbiased dialogue. Really ... Page is more influential than Hendrix ... Really??? Have you lost your mind?