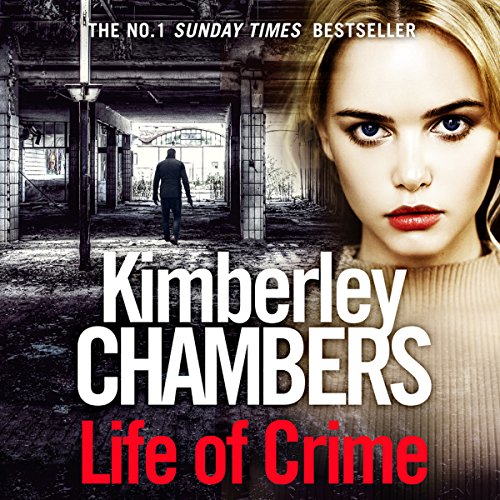 By: Kimberley Chambers
Narrated by: Annie Aldington
Try for $0.00

Sometimes crime does pay, but at what price?

Some people are made for a life of crime.

Dragged up on a council estate, Jason Rampling was determined to change his lot. Jason's a chancer, shameless with his good looks and his gift for earning a few quid. Life is easy when the money rolls in.

Some people are ruined by it.

Melissa thought she'd struck gold marrying Jason. Being on his arm meant she was finally a someone. But there's no glamour in waiting for your husband to come home or waiting for a knock on the door. Melissa made her bed the day she made her vows - will she lie in it without a fight?

Some would kill for it.

After a stretch inside, Jason wants to pull off just one last job, the biggest of all. It could solve all of their problems. But this is a game that could cost them everything....

"A gritty tale with a shocking twist...will have you on the edge of your seat from cover to cover." ( OK)
"This beautifully crafted, sharp, well-paced novel will keep you hooked until the very end. An outstanding tale of betrayal, violence and love. Buy it. Read it. You'll love it. I did." (Amanda Prowse)
"Brilliantly delivers a story of violence, treachery and family ties...Easy to read and hard to put down." ( News of the World)

What listeners say about Life of Crime

The Life of Lowlifes

This isn't a mystery, but a picture of life among petty criminals (men an boys) and their girlfriends/wives. The real crime comes at the end, and it's a big surprise if not, perhaps, 100% convincing. The novel is both well written and well performed.

Enjoyable , with a twist

Really enjoy listening to Annie Aldington , and the storyline was good listening
Well worth it . I would definitely recommend it

A Chronicle of an Inevitable Demise

This book is a chronicle of the lives of Jason and Melissa, from the very beginning of their relationship at a young age and all of the family and friends who come and go along the way.

Amid crazy circumstances, necessity and chance rather than love (initially), the pair end up together. The story fast-forwards in several, various time spans from days to years as drama, tragedy and inevitability dictate the direction of Jason and Melissa’s lives until their mid-to-late-30’s.

It’s a decently entertaining story, lengthy, but the fast-forwarding of time moves things along and keeps it interesting. Nothing is sugar coated and harsh realities are blatant and foreseeable. The character development is very strong so you really get to know them all which contributes to keep the audience engaged.

In the beginning, Jason is a 20 year old ladies man, extremely good-looking and has a 4 year old daughter whom he adores and whose mother abandoned both of them. He has several half siblings, a deadbeat mother and comes from a bad area in Britain. On the other hand, Melissa, 21 years old, very homely and plain in appearance, is an only child from a well-off family, and has a 2 year old son from a one night stand.

The central theme of the story is that Jason lives his life constantly trying to get away with stuff. He has many faults but truly believes he has good intentions. He is forever hustling to make a buck as he has the burden of supporting his wife (who isn’t as naive as he thinks), daughter, stepson, 3 half-siblings and grandmother but can never seem to catch a break. Inevitably, Jason and those involved in his life ultimately get the comeuppance they deserve.

I had a hard time with the narrator at first but eventually grew accustomed to her. The story is also extremely heavy in British jargon and slang - not just unfamiliar words that I had to look up, but regular words used in different contexts, but I think it gave it a sense of authenticity.

I really enjoyed this story and really got to know the characters, Babs is hilarious but an old dragon! Jason is a lovable rouge who you can’t help liking even though he’s a wrong un! I love that the ending end properly and doesn’t leave you hanging! Very similar to martina Cole and so brilliantly read by Annie so I’m off to listen to them all as this was my first

loved the book bit long winded, everytime I thought not reading anymore something else happened,

loved it a great story with a twist at the end. brilliantly told . fantastic

Great story with lots of twists and turns, especially at the end. Good narration too

great story with twists and turns. really enjoyed listening to the reader was well read.

Loved it from start to finish. Great story and kept you guessing right till the end.

Not exactly a 'crime' story

I chose this book as I’ve previously listened to a lot of Martina Cole audiobooks narrated by Annie Aldington & she’s a fantastic narrator, this story however wasn’t anywhere near as good as Martina! The first 12 hours were more a terrible love story than crime, the last 2 hours were 'OK' although I figured out who committed the crime long before the big reveal. Overall it was pretty disappointing.

Kimberley and Annie have nailed it once again!