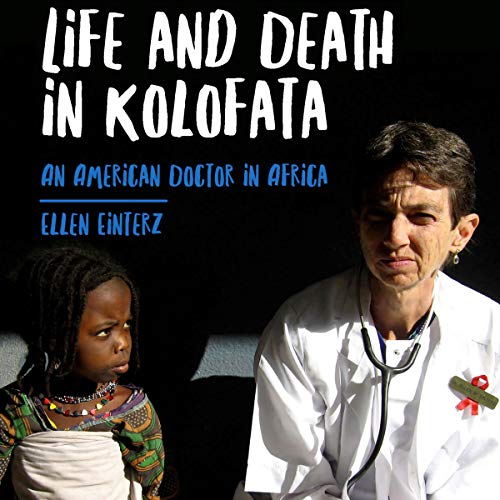 Life and Death in Kolofata

By: Ellen Einterz
Narrated by: Wendy Almeida
Try for $0.00

When Dr. Ellen Einterz first arrives in the town of Kolofata in Cameroon, the situation is dire: Patients are exploited by healthcare workers, unsterilized needles are reused, and only the wealthy can afford care. In Life and Death in Kolofata: An American Doctor in Africa, Einterz tells her remarkable story of delivering healthcare for 24 years in one of the poorest countries in the world, revealing both touching stories of those she is able to help and the terrible suffering of people born in extreme poverty.

In one case, a six-year-old burn victim suffers after an oil tanker tips and catches fire; in another story, Dr. Einterz delivers a child in the front yard of her home.

In addition to struggling to cure diseases and injuries and combat malnutrition, Einterz faced another kind of danger: The terrorist organization Boko Haram had successively kidnapped foreigners from Cameroon, and they had set their sights on the American in Kolofata. It would only be a matter of time before they would come for her.

Tragic, heartwarming, and at times even humorous, Life and Death in Kolofata illustrates daily life for the people of Cameroon and their doctor, documenting both the incredible human suffering in the world and the difference that can be made by those willing to help.

What listeners say about Life and Death in Kolofata