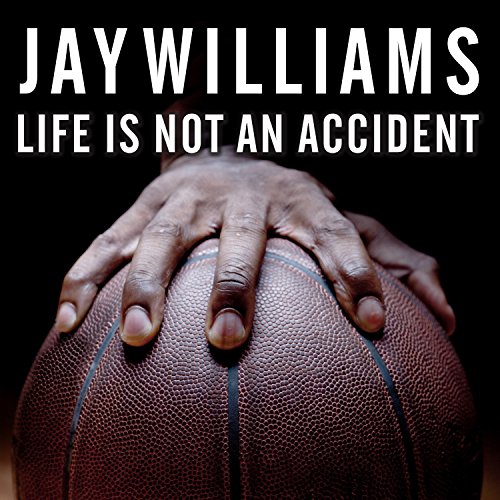 Life Is Not an Accident

Like millions of kids before him, Jay Williams used to pretend he was making the game-winning shot while playing basketball in his Plainfield, New Jersey, backyard. Unlike almost all of those other kids, he kept right on making shots until he became an NCAA champion and two-time national player of the year at Duke and the number-two overall NBA draft pick in 2002.

But after just one season with the Chicago Bulls, a team starved for a new messiah since Michael Jordan's retirement, Williams destroyed his career when he suffered a horrific motorcycle accident. In an instant, the man with as fast a first step as any point guard in history could no longer do anything for himself, including walk.

In Life Is Not an Accident, Jay Williams shares his story - both heartbreaking and uplifting - of being a young man trying to wrest control of his life from his overinvolved parents, from the pleasures and perils of fame and money, and from the near-fatal mistake that threatened to define him.

What listeners say about Life Is Not an Accident

I had the opportunity to meet Jay and hear him tell a small portion of his story at a conference in Pebble Beach. It inspired me to buy the audible version of his book. It had to have been hard to expose himself to relive these events in telling his story and the raw emotion plays through in the audible version. It was one of those books that I wanted to keep listening to every chance I got. Powerful message for young people. You will root for Jay's star to continue to rise after finishing this book.

Great listen but no surprises

Decent memoir about a life around basketball. A familiar story if you have followed Williams's career much. Was hoping for more insight into why/how he was able to get his life back on track better than many "fallen" athletes, but his transitions all come off as simple/immediate. Not the best performance (reading) but is good to be done by author.

I'm glad that I've picked up this book for reading/listening. Usually I'm not a big fan of autobiographical books but for some reason this one made a cut to my library... and I'm happy for it. Such a powerful story about climbing the mountain, falling down, and climbing to the top yet again. A lot of life messages for all folks. Especially valuable book for everyone involved in basketball: players, parents, coaches, and administrators. Would make it a mandatory reading for all NBA rookies... before signing the contract :)

it was good from the beginning to the end. glad he overcame his obstacles. #fighter

For someone that has experienced an exact same incident at 38 and the height of my life..this book strikes reverence to my spirit. I the #6(James) love the way this man has used his platform to recognize and still lay a fine display of such a hard life situation..into words some might understand. Thank you Jay. I hope to work with you and my young student now Goat, James..I’m his old swim coach and have reached out to you via Twitter..hope to hear from you soon..I’m not done leading..great book

I appreciated Jay being direct in revealing some of his pain to the listeners.

Great narration. Williams is an excellent storyteller. His voice keeps you interested and engaged the whole time

Jay Williams leaves it all out on the table for this one. It's a great story with interesting tidbits about his life, and once you start it, it's a book that is hard to put down.

This was a great listen! I finished it quick and I’ve had similar dark moments and lows as Jay experienced... and my name is Jason, too. It’s tough to face the truths, face your demons and find the true purpose of your journey, & this book helps me continue to define my own worth and goals. Thanks for the book Jay and thanks for giving me an extra boost to get my story out there to those close to me.

I really enjoyed this book. I know it probably took a lot for Jay Williams to open up about his life's journey but, I'm glad he did.