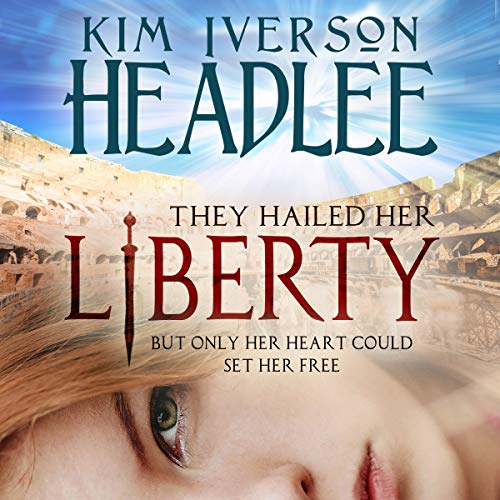 By: Kim Iverson Headlee
Narrated by: Lillian Rachel
Try for $0.00

How hard would you fight for a chance at impossible love?

From the critically acclaimed, award-winning pen of Kim Iverson Headlee comes the thrilling, poignant tale of love across a vast social divide.

Betrayed by her father and sold as payment of a Roman tax debt to fight in Londinium's arena, gladiatrix-slave Rhyddes feels like a wild beast in a gilded cage. Celtic warrior blood flows in her veins, but Roman masters own her body. She clings to her vow that no man shall claim her soul, though Marcus Calpurnius Aquila, son of the Roman governor, makes her yearn for a love she believes impossible.

Groomed to follow in his father's footsteps and trapped in a politically advantageous betrothal, Aquila prefers the purity of combat on the amphitheater sands to the sinister intrigues of imperial politics, and the raw power and athletic grace of the flame-haired Libertas to the adoring deference of Rome's noblewomen.

When a plot to overthrow Caesar ensnares them as pawns in the dark design, Aquila must choose between the Celtic slave who has won his heart and the empire to which they both owe allegiance. Trusting no man and knowing the opposite of obedience is death, the only liberty offered to any slave, Rhyddes must embrace her arena name, Libertas - and the love of a man willing to sacrifice everything to forge a future with her.

What listeners say about Liberty