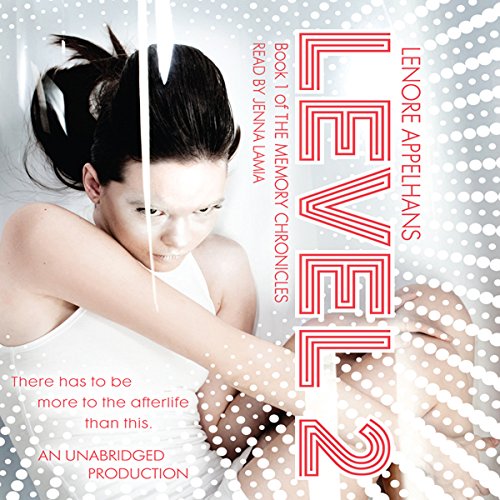 By: Lenore Appelhans
Narrated by: Jenna Lamia
Try for $0.00

In this gripping exploration of a futuristic afterlife, a teen discovers that death is just the beginning.

Since her untimely death the day before her 18th birthday, Felicia Ward has been trapped in Level 2, a stark white afterlife located between our world and the next. Along with her fellow drones, Felicia passes the endless hours reliving memories of her time on Earth and mourning what she's lost: family, friends, and Neil, the boy she loved.

Then a girl in a neighboring chamber is found dead, and nobody but Felicia recalls that she existed in the first place. When Julian - a dangerously charming guy Felicia knew in life - comes to offer Felicia a way out, Felicia learns the truth: If she joins the rebellion to overthrow the Morati, the angel guardians of Level 2, she can be with Neil again.

Suspended between Heaven and Earth, Felicia finds herself at the center of an age-old struggle between good and evil. As memories from her life come back to haunt her, and as the Morati hunt her down, Felicia will discover it's not just her own redemption at stake, but the salvation of all mankind.

What listeners say about Level 2

I almost gave up on it, glad I stuck with it!

Yes but with this caveat. Know that you have to be patient with the book. It gets somewhat dull about halfway through. The focus is missing, the story slows, Felicia starts to whine, etc. I almost gave up and returned the book. But all of a sudden questions and mysteries in the book are getting answered and then the book became great. So stick with it is my advice.

I love love love the concept of this book. And the "netflix for memories" idea made me laugh. The ending was sweet and I'm looking forward to seeing what happens next.