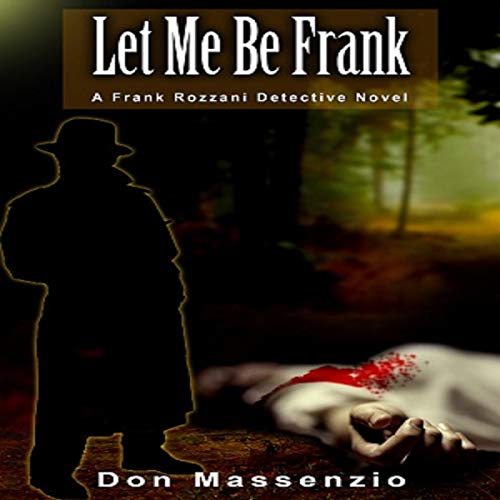 Let Me Be Frank

By: Don Massenzio
Narrated by: Jeffrey Knecht
Try for $0.00

A young girl is senselessly murdered. The police believe the murder to be a random homeless casualty until it is discovered she has ties to Fat Sam and his mysterious past life in the Big Easy.

Join Private Detective Frank Rozzani and Clifford “Jonesy” Jones as they travel to historic New Orleans and other areas in the Gulf Coast to search for clues in the girl’s trek to Jacksonville, Florida, that will help them uncover evidence implicating those responsible for the murder so they can be brought to justice. They soon discover that things are not as they seem.

As the case progresses, the evidence uncovered has ties to the tragic events that drove Frank from his life in Syracuse, New York. Frank realizes that proceeding with the case could change his life, as well as the lives of those around him, forever.

What listeners say about Let Me Be Frank