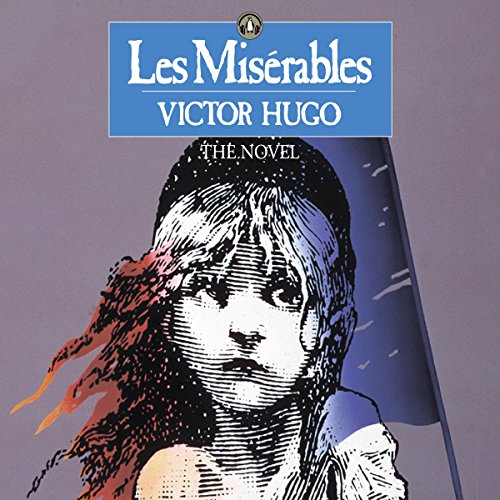 It is hardly surprising that Victor Hugo's 1862 masterwork should have inspired one of the most phenomenally successful musicals in the history of the Broadway stage. Les Misérables has long been recognized as one of the finest novels of all time, a brilliant fusion of unforgettable characters and universal themes.

Its hero is Jean Valjean, the noble peasant imprisoned. A sweeping story of love and honor in the depths of the Parisian underworld, immerses us in an epic struggle between good and evil, and carries us onto the barricades during the uprising of 1832 with a realism that is unsurpassed in modern literature.

We experience the desperation of the prostitute, Fantine; the amorality of the rogue, Thenardier; and the unquenchable desire of all human beings to be genuinely free.

Hugo saw Les Misérables as a means of dramatizing his bitter criticism of French society, but the novel that resulted transcends its own time and place. It's an ever-fascinating story, a sweeping spectacle that dazzles the senses as it touches the heart, and this audio edition captures its lasting greatness.

What listeners say about Les Misérables

this abridged version is too short, you might as well just see the play or watch the movie. buy a longer version to get a better sense of the original writing.

Would you listen to Les Misérables again? Why?

I love it, and listen to it over and over, more than once a year.

Struggle of characters to do what is best, vs. what is easiest

Have you listened to any of Mark McKerracher’s other performances before? How does this one compare?

No, haven't heard him before, but LOVE his performance.

No. It's long and involved.

With the French names it was hard for me to keep up with all of the characters so it would have helped if I took notes since the author left characters for long periods of time and they would return. Great nevertheless.

shortened or not, Les miserables is always great!

Kids nowadays don't read long stories. This one is worth reading. One of the best books ever written. I read it when I was was a 14, At 60, it still made me cry. Read it!

Looking back at the description I don't see anything that indicated that this was an abridged version of the book. Maybe it is there and I just missed it. I suppose I should have ascertained this by its short length. I listened to the sample in order to find a voice that was the least annoying for me and this one won in that regard. But yea, had I known that it would be leaving out so much of the stuff that separates the book from the movie I wouldn't have bought it. This book seems to run parallel to the movie. I can't stress that point enough. Don't expect any more details from this than you saw in the movie.

I saw the movie, the play, so finally I read the book. This is so great, I love it, it better then the play and add more background, this is probably my favorite book in the whole world.

loved it. this book is amazing. it feels like your in the book like your the characters.

Les Misérable is a classic in all perspectives. It truly has something for everyone. It has action, it has romance, it's sad, it's happy, it's everything! If you have the time truly listen to this one.
You won't be disappointed!