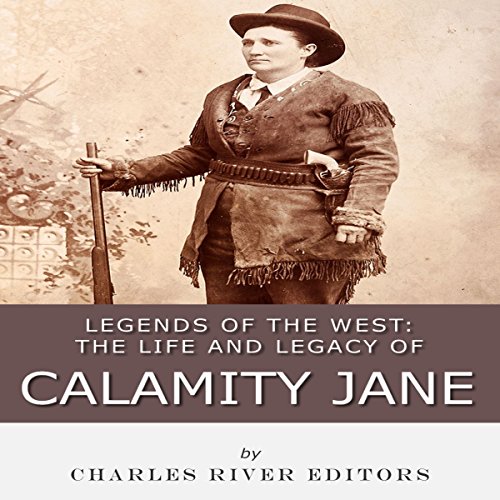 Legends of the West: The Life and Legacy of Calamity Jane

Space may be the final frontier, but no frontier has ever captured the American imagination like the "Wild West", which still evokes images of dusty cowboys, outlaws, gunfights, gamblers, and barroom brawls over 100 years after the West was settled. A constant fixture in American pop culture, the 19th-century American West continues to be vividly and colorful portrayed not just as a place but as a state of mind. In Charles River Editors' Legends of the West series, listeners can get caught up to speed on the lives of America's most famous frontier figures in the time it takes to finish a commute, while learning interesting facts long forgotten or never known.

The most famous woman of the Wild West was also possibly the most colorful and mysterious. "Considered a remarkable good shot and a fearless rider for a girl of my age", Calamity Jane claimed to be a veteran of the Indian Wars, a scout, and the wife of Wild Bill Hickok, all on the way to becoming a dime novel heroine.

What listeners say about Legends of the West: The Life and Legacy of Calamity Jane