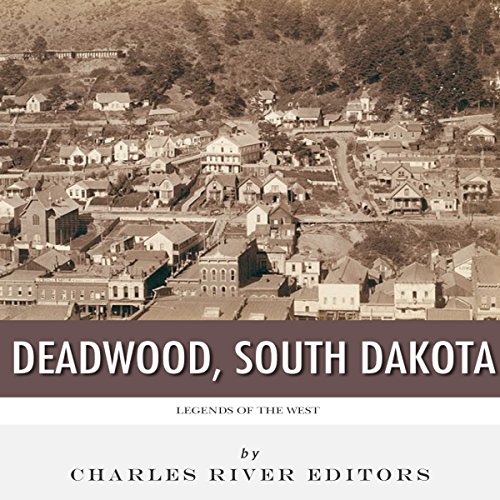 By: Charles River Editors
Narrated by: David Zarbock
Try for $0.00

"On Wednesday about 3 o'clock the report stated that J.B. Hickok (Wild Bill) was killed. On repairing to the hall of Nuttall and Mann, it was ascertained that the report was too true." - The Black Hills Pioneer

Space may be the final frontier, but no frontier has ever captured the American imagination like the Wild West, which still evokes images of dusty cowboys, outlaws, gunfights, gamblers, and barroom brawls over 100 years after the West was settled. A constant fixture in American pop culture, the 19th century American West continues to be vividly and colorful portrayed not just as a place but as a state of mind. In Charles River Editors' Legends of the West series, listeners can get caught up to speed on the lives of America's most famous frontier figures in the time it takes to finish a commute, while learning interesting facts long forgotten or never known.

The Wild West has made legends out of many men, but it also forged a lasting legacy for a few of the West's most legendary towns, and alongside the city of Tombstone, Arizona, perhaps the most famous of them was Deadwood in the Black Hills of South Dakota. Deadwood owes its notoriety to some of the colorful people who called it home, and a recent critically acclaimed television series about the town that brought it to life for millions of modern viewers.

In many ways, Deadwood fit all the stereotypes associated with the Old West. A mining town that sprung up quickly, it was a dusty place on the outskirts of civilization that brought together miners, cowboys, lawmen, saloons, gambling, brothels, and everything in between, creating an environment that was always colorful and occasionally fatal.

What listeners say about Legends of the West: Deadwood, South Dakota