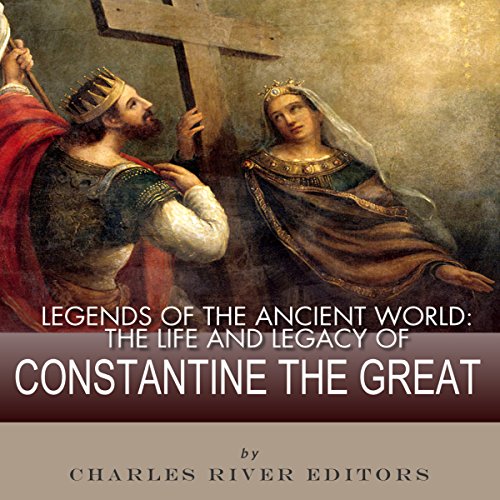 Legends of the Ancient World: The Life and Legacy of Constantine the Great

It would be hard if not outright impossible to overstate the impact Roman Emperor Constantine I had on the history of Christianity, ancient Rome, and Europe as a whole. Best known as Constantine the Great, the kind of moniker only earned by rulers who have distinguished themselves in battle and conquest, Constantine remains an influential and controversial figure to this day. He achieved enduring fame by being the first Roman emperor to personally convert to Christianity, and for his notorious Edict of Milan, the imperial decree which legalized the worship of Christ and promoted religious freedom throughout the Empire. More than 1500 years after Constantine’s death, Abdu'l-Bahá, the head of the Bahá'í Faith, wrote, "His blessed name shines out across the dawn of history like the morning star, and his rank and fame among the world's noblest and most highly civilized is still on the tongues of Christians of all denominations."

What listeners say about Legends of the Ancient World: The Life and Legacy of Constantine the Great

I think that this condensed biography achieved its goal of combining the military records with the ecclesiastical ones. It is the record of a man of his time with all the bloodthirsty aspects of war and politics as well as his ability to unite the people by declaring all religions legal. The author seems less than convinced that Constantine was a Christian than that he could intuit the way that the wind blew.
The audio is narrated by Dan Gallagher.

The book moves extremely quickly through the life of the great and controversial Roman emperor, who for better or for worse changed the face of Christianity and the world. I wish he would have gone into more detail about the construction and significance of Constantinople, however the book did help me to have a better understanding of the life of Constantine.