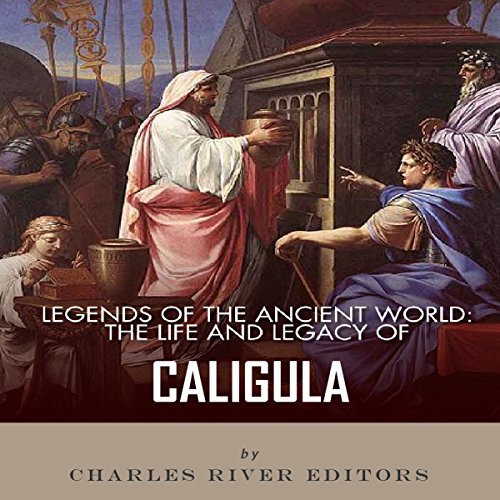 Legends of the Ancient World: The Life and Legacy of Caligula

Legends of the Ancient World: The Life and Legacy of Caligula

"He seldom had anyone put to death except by numerous slight wounds, his constant order, which soon became well-known, being: 'Strike so that he may feel that he is dying.' When a different man than he had intended had been killed, through a mistake in the names, he said that the victim too had deserved the same fate. He often uttered the familiar line of the tragic poet: 'Let them hate me, so they but fear me.'" (Suetonius, Lives of the Twelve Caesars)

Throughout the history of the Roman Empire, many rulers held the reins of ultimate power. Some of them, like Octavian, Trajan, Hadrian, Constantine, and Marcus Aurelius, are still celebrated and considered among antiquity's great statesmen, generals, and thinkers. But the Roman Empire also had its fair share of notorious villains, from the sadistic Nero to the debauched Commodus. And yet, all of Rome's poor rulers pale in comparison to the record and legacy of Gaius Julius Caesar Augustus Germanicus, a young man remembered in posterity as Caligula.

Given how bad some of Rome's emperors were, it's a testament to just how insane and reviled Caligula was that he is still remembered, nearly 2,000 years later, as the epitome of everything that could be wrong with a tyrant. The Romans had high hopes for him after he succeeded Tiberius in AD 37, and by all accounts he was a noble and just ruler during his first few months in power. But after that, he suffered a mysterious illness that apparently rendered him insane. Indeed, the list of Caligula's strange actions is long.