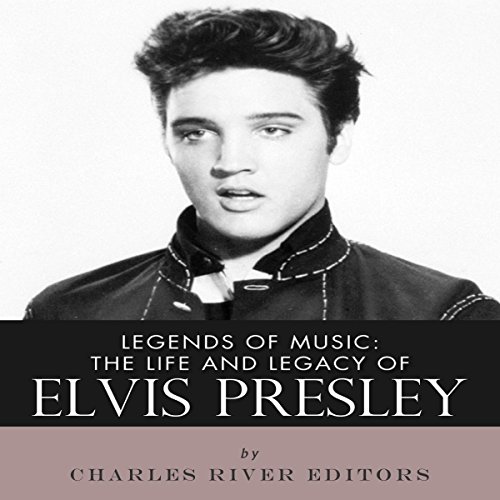 Legends of Music: The Life and Legacy of Elvis Presley

Legends of Music: The Life and Legacy of Elvis Presley

Born in Mississippi, a young kid named Elvis Presley came to Memphis as a teenager and changed music forever. Fusing country and rhythm and blues with rock, Elvis brought traditional African-American sounds to the forefront of music in the 1950s, but he did so as a handsome white man before the height of the Civil Rights Movement. On top of that, his famous stage fright led to the hip gyrations that would make him the envy of young girls and the scorn of their parents.

What followed was rock music's perfect storm. Managed by Colonel Tom Parker, Elvis became the biggest music act in the world, producing about holiday classics, love ballads, and up-tempo rock songs that all hit the top of the charts in the late '50s. Elvis merged the quintessential rock star looks with success, scoring nearly 20 #1 singles. With live broadcasts on TV appearances and movie roles, Elvis became a pop culture fixture and a music icon that made even The Beatles giddily nervous to meet him.

Given the unprecedented success of his musical career, the last decade of Elvis's life is a tragic tale of substance abuse, controversy, and an inevitable slide down from the top, as new music acts started to eclipse him. Despite all that, however, Elvis' sudden death, like his meteoric rise to fame, shook the world, when he was found dead in his bathroom in 1977 at just 42 years old. Fittingly, Elvis has been just as big in death as he ever was in life. His fame never waned, and in 1982, portions of Graceland were opened to the public and it quickly became the third most visited home in the United States behind the White House and Biltmore. Elvis' had a fervent following during his life, but it morphed into something borderline religious following his death. His fans, who remain tirelessly devoted decades after his passing, make pilgrimages to Graceland, treating it like a shrine.

Legends of Music: The Life and Legacy of Elvis Presley chronicles the amazing story of how a humble kid became The King, while also analyzing the legacy of the most successful solo music performer in history.