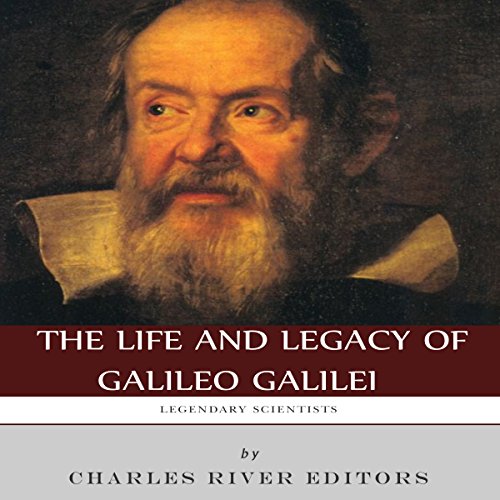 Legendary Scientists: The Life and Legacy of Galileo Galilei

By: Charles River Editors
Narrated by: Peter Jacobson
Try for $0.00

Of course part of what made Galileo such a monumental figure was the fact that he was ahead of his time and that he mostly refused to conform to the accepted dogmas of contemporary society. As he once put it, "Philosophy is written in that great book which ever lies before our eyes - I mean the universe -- but we cannot understand it if we do not first learn the language and grasp the symbols, in which it is written. This book is written in the mathematical language, and the symbols are triangles, circles and other geometrical figures, without whose help it is impossible to comprehend a single word of it." Galileo has been one of history's most famous and influential scientists ever since his life and death over 350 years ago, but it's somewhat ironic that he might be best known for being subjected to the Inquisition and for making a comment that he almost certainly never said. His insistence in defending Copernicus' heliocentric solar system led to charges of heresy, even though he attempted to square his heliocentric system with scripture and offered up St. Augustine's teachings as a partial defense.

In private, however, Galileo was far more scathing, at one point writing in a private letter to fellow astronomer Johannes Kepler in 1610, "My dear Kepler, what would you say of the learned here, who...have steadfastly refused to cast a glance through the telescope? What shall we make of this? Shall we laugh, or shall we cry?" And according to a legend that refuses to die, Galileo refused to recant; after being charged with heresy, sentenced to imprisonment, and having his books banned, Galileo allegedly uttered, "And yet it moves", in a barely veiled reference to the Earth moving around the sun. The story is one of the most famous aspects of Galileo's life, even though it's likely apocryphal.

Galileo may not have challenged authority as the legend holds, but he was undeterred by house arrest. He continued to write almost all the way up until his death, and by the time his 77 years on Earth were finished, he had greatly improved the use of telescopes, revolutionized our understanding of the universe, made discoveries on Jupiter and Venus, posited the idea that physics was a study of mathematics, and much more.

Legendary Scientists: The Life and Legacy of Galileo Galilei profiles the life, legends, and legacy of the famous scientist while examining his career and contributions to science and technology.

What listeners say about Legendary Scientists: The Life and Legacy of Galileo Galilei