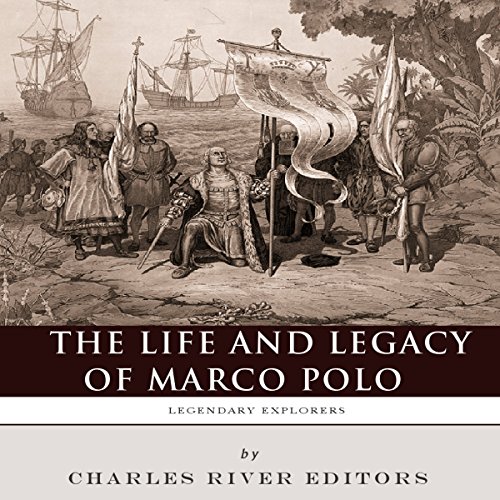 Legendary Explorers: The Life and Legacy of Marco Polo

"I have not told half of what I saw." - Marco Polo

A lot of ink has been spilled covering the lives of history's most influential figures, but how much of the forest is lost for the trees? In this series, listeners can get caught up to speed on the lives of important men and women in the time it takes to finish a commute, while learning interesting facts long forgotten or never known.

Marco Polo (1254-1324) is an instantly recognizable name, and he is known for his travels, but it's safe to say that his influence and importance has been greatly overlooked in the nearly 700 years since he died.

Born in Venice, Marco Polo was in a fortuitous position to participate in the Mediterranean trade, but he was still a young man when he went on the journey that would make him famous and greatly inspire the Age of Exploration.

Though he was destined to become famous, Marco Polo was simply following in the footsteps of his own family, and it's believed that he was already a teenager before he met his father and uncle, who had been traveling to the Far East and who, according to Marco Polo, had met Kublai Khan, the famous grandson of Genghis Khan. They set off for Asia again a few years later, this time with Marco Polo, and they would not return to Venice for 24 years. When they came back, they had allegedly traveled about 15,000 miles and brought back plenty of riches and treasure.

What listeners say about Legendary Explorers: The Life and Legacy of Marco Polo

Brilliant history, well told.
Colin Fluxman is one of my favourite narrators on Audible (he's not family BTW!). I could listen to him all day.
The story is a well-paced and well-structured canter through the life of Marco Polo, full of fascinating details.