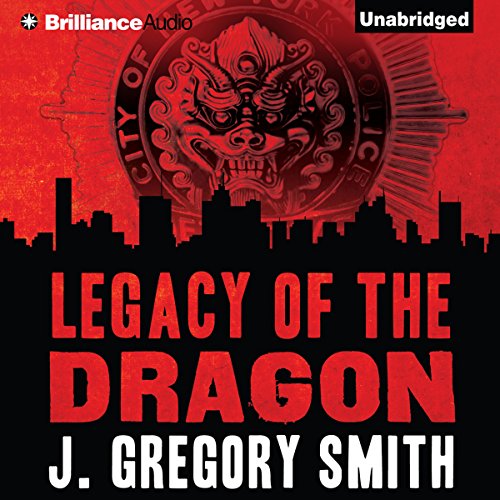 Legacy of the Dragon

Legacy of the Dragon

For former NYPD and Delaware State Police Detective Paul Chang, retiring to open his own agency with former partner Nelson Rogers should mean leaving behind politics and scapegoating. Instead, corrupt Colonel Byrd of the state police and his lackey, Clyde Foley, harass Chang at every turn, and their unwanted attention puts his fledgling business on the brink of bankruptcy.

With the police on his back and the agency taking sleazy cases he never thought he’d have to, Chang erupts under the job’s pressures and sees his personal demon, an alter ego he calls the dragon, emerge. Only the training from his martial arts teacher and old friend Shu keeps Chang sane. But his ex-wife Colleen and a journalist are being stalked by someone trying to make it look like Chang is the aggressor, and when the harassment turns deadly, the lives of everyone close to him are in danger. Unable to wait for events to take their course, Chang must unleash the dragon.

A scintillating second installment in J. Gregory Smith’s Paul Chang mystery series, Legacy of the Dragon is a first-rate thriller that explores the sins of our past and the toll they exact in our present.

If you could sum up The Legacy of the Dragon in three words, what would they be?

The first book in the series (which I loved), was so gory that I took a break for a while and waited to read the second book. I needn't have done that, however, because the second book was so different; this book is more like an espionage novel and is more about the background and emotional legacy of the Dragon that got Paul to where he is.

Todd Haberkorn is an amazing narrator that’s makes you feel like you’re a part of the story instead of sounding like he couldn’t care less like a lot of the other narrators on this site.

The raw emotions, the accents, the dialogue, everything was stupendous! It really made the story that much more enjoyable.