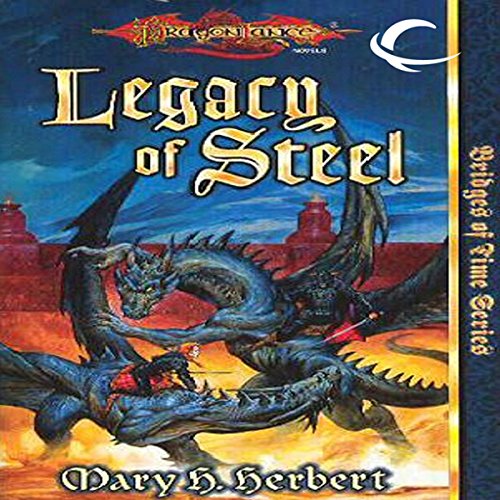 Three years after the Summer of Chaos, Sara Dunstan, adoptive mother of Steel Brightblade, hears rumors that the Knights of Takhisis are regathering in the evil city of Neraka. Although still branded a renegade by the Dark Knights, she travels to Neraka with the blue dragon, Cobalt, to learn the truth. There she discovers the knights are not only rebuilding under the leadership of General Mirielle Abrena, but they have imminent plans to return to war.

Frustrated and seeking answers, Sara jounreys to the Tomb of the Last Heroes in Solace. At the tomb, she receives an answer she never expected, which inspires a new order that could help the people of Ansalon to survive the dark days ahead.

What listeners say about Legacy of Steel

The narrator was almost perfect... Except for her strange pronunciations.

Similarly, this was a wonderful story. My only complaint is that at the end, we see that blue dragons are susceptible to their own breath weapons, which goes against established facts of the world.

No other complaints, though. Fantastic book. I definitely recommend it to all dragonlance readers.

This is the best story I've read since the original trilogy of the heroes of the lance. I loved it. The characters and the narrators delivery were fascinating and fantastic.