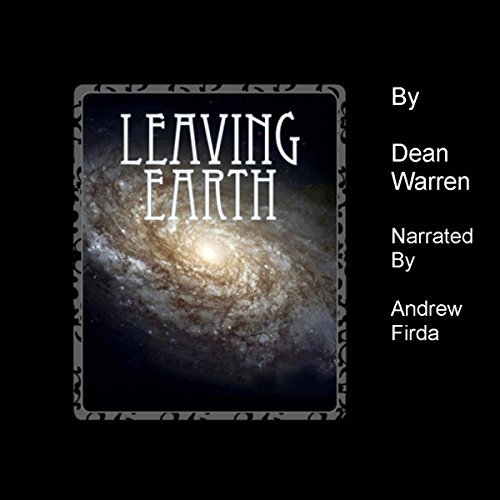 By: Dean Warren
Narrated by: Andrew Firda
Try for $0.00

The year is 2062 and humanity has reached the "tipping point" of which the world's scientists had warned. A global blanket of CO2 has raised temperatures so high that ice sheets melted, seas rose, coral died, species migrated, and farms became poisoned by salt water. And, no matter what mankind could now do, the blanket and its effects would last for hundreds of years.

The few feet of ocean rise will be succeeded by a return to seas historically 200 feet higher than currently. Droughts, floods, and mass human die-offs will initiate wars.

A bright physics student invents a way to travel faster than light so that humanity may escape from the horrors of global warming. He must persuade his peers, fight deniers, and combat rising oceans - all the while managing a complex love life.

What listeners say about Leaving Earth

"That's a good idea. Why don't you be our secretary and write that down?" (chapter 33) That seems to be the role of women in this book: secretaries, breeders, and accountants. The men have the hard science and leadership roles. A minute later, the same man asks women to ferret out gossip in hair salons and obstetrician offices. I couldn't read any further.

In one conversation, two characters discuss putting contraceptives in the general water supply, then discuss how their wives want more kids right away. The message is clear, from that and other dialogue: only the elite should be allowed to procreate. The rest of the population are drains on welfare and other resources.

The science is shoddy, too.

This book has an interesting premise and ideas, but I can't get past the author's predjudices. I recommend avoiding this book.