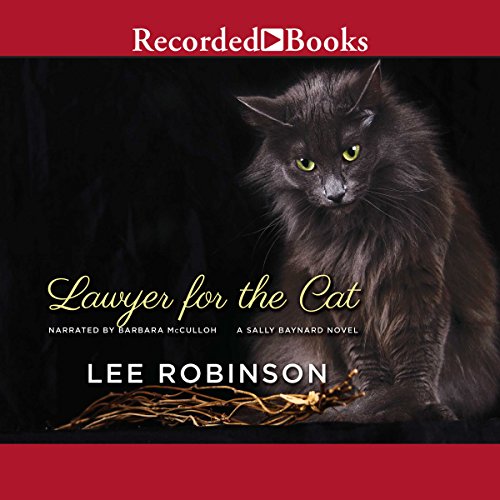 Lawyer for the Cat

Lawyer for the Cat

Sally Baynard is one of the best lawyers around. In the years since her divorce from Family Court Judge Joe Baynard, she dedicated herself to representing the worst and craziest Charleston, South Carolina, had to offer. But none of the murderers, burglars, or angry divorcing clients compared to Sherman, the dog her ex-husband appointed her to represent. Although the miniature schnauzer found his way into her heart (and brought his handsome vet, Tony, along, too), his case was a thorny one.

With that business out of the way, Sally is happy to move back to noncanine clients...until a probate judge asks her about a cat. Agreeing to represent Beatrice, a black cat who's the beneficiary of a multimillion-dollar trust and a plantation, Sally must put her wit, charm, and brains to the test, choosing among three colorful potential caregivers while dodging the former owner's angry son.

Meanwhile, Sally must juggle the demands of the court with those of her aging mother and make a decision about Tony, who wants to get more serious.

Lawyer for the Cat is Southern women's fiction at its most delightful, featuring strong, smart characters, a charming setting, and plenty of adorable critters.

I wasn't really expecting the depth and insight that comes through the interesting story. The narrator is exceptional and does a great presentation. Loved the little parts that made me smile or laugh out loud.

I would highly recommend this book, soft easy listening with little messages if you connect the well laid dots. I'll definitely seek out both this author and narrator for another listen.