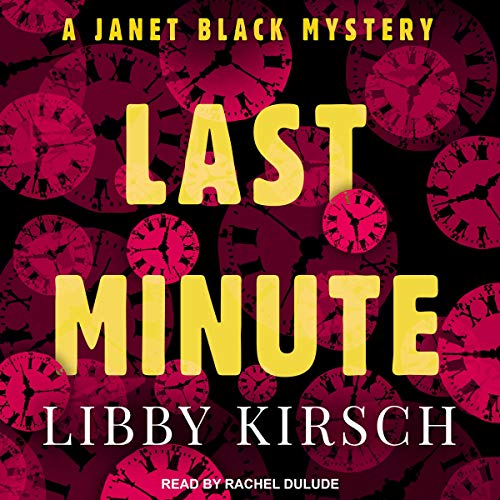 By: Libby Kirsch
Narrated by: Rachel Dulude
Try for $0.00

An amateur PI. A town full of secrets. Can she uncover the truth before another body drops?

Janet Black is a hardworking bar owner determined to make her own way in the world. But when one of her regulars learns of a suspicious death in the family, she'll have to put her business on hold to solve the crime. While local police chalk up the cause of death to an accidental overdose, Janet's investigative intuition suspects more is at stake. But without an official PI license, she'll need to grab clues quick before she's caught.

When Janet discovers the victim has ties to a drug dealer and a hired escort, she worries she's in over her head. Especially when her prime suspect turns up dead. Can she protect the innocent and find the real killer before she becomes the next victim?

What listeners say about Last Minute

This is an entertaining mystery but I started to really dislike like Janet and the decisions she made. I was able to finish the book, but, I'm not sure about the next one.